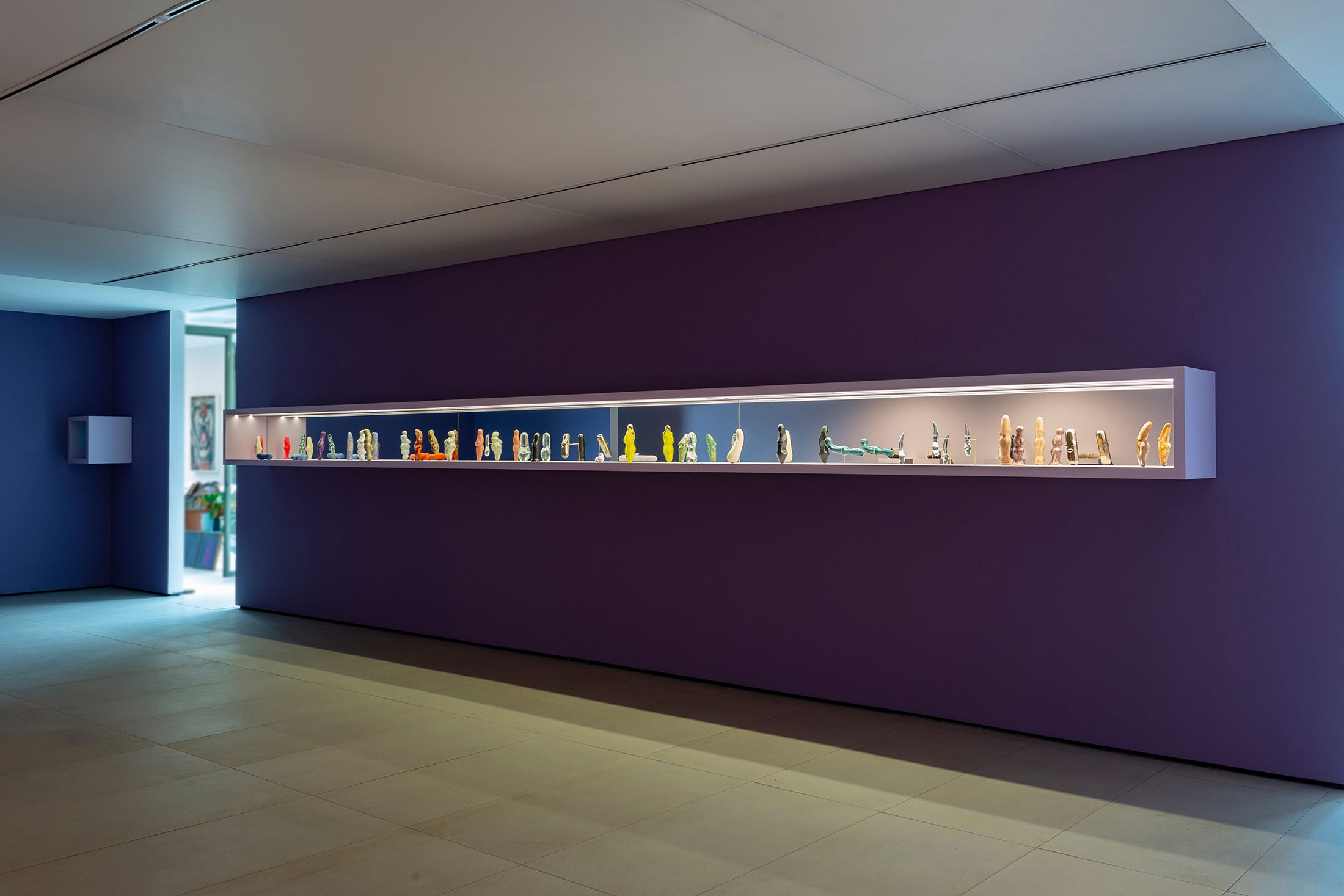 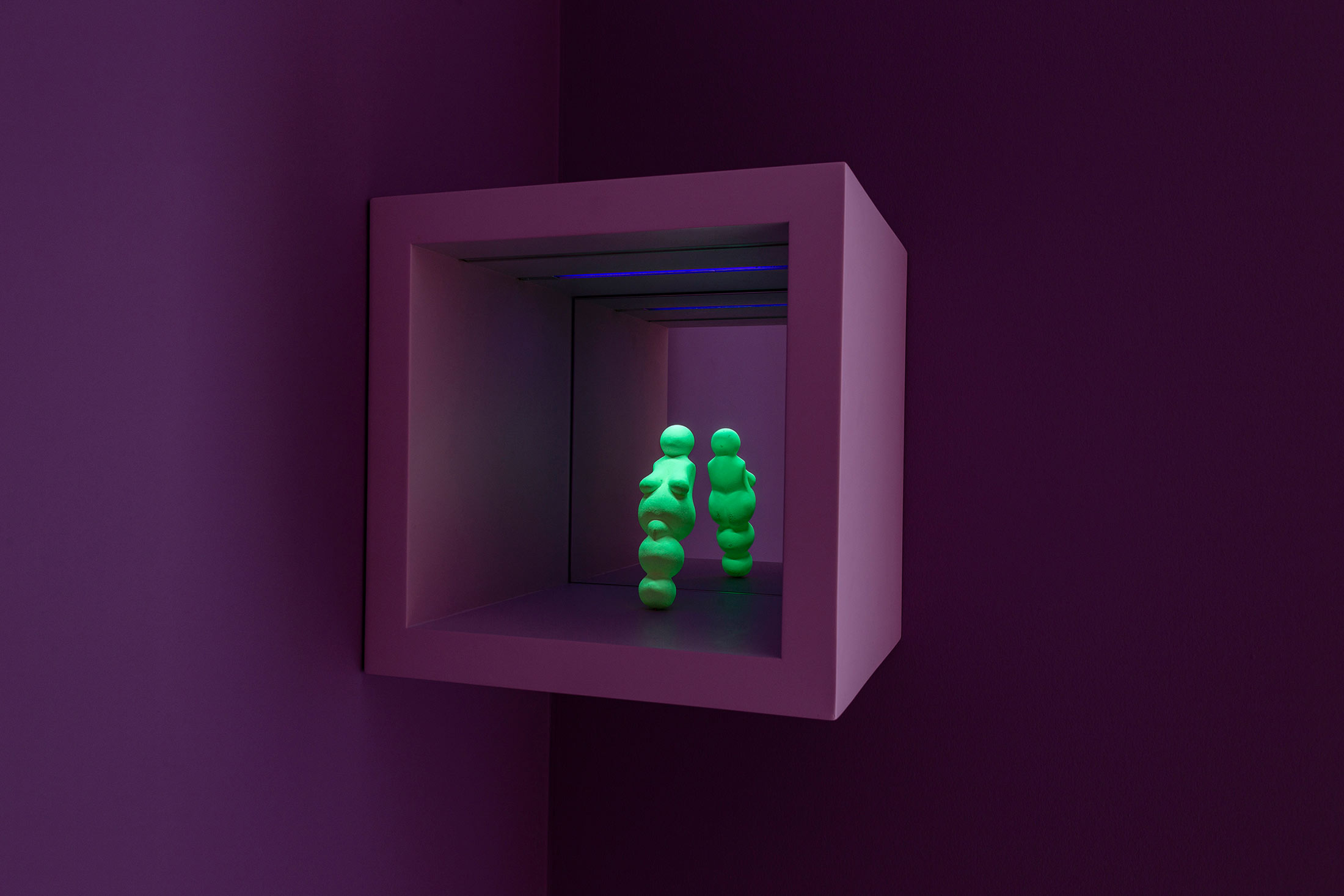 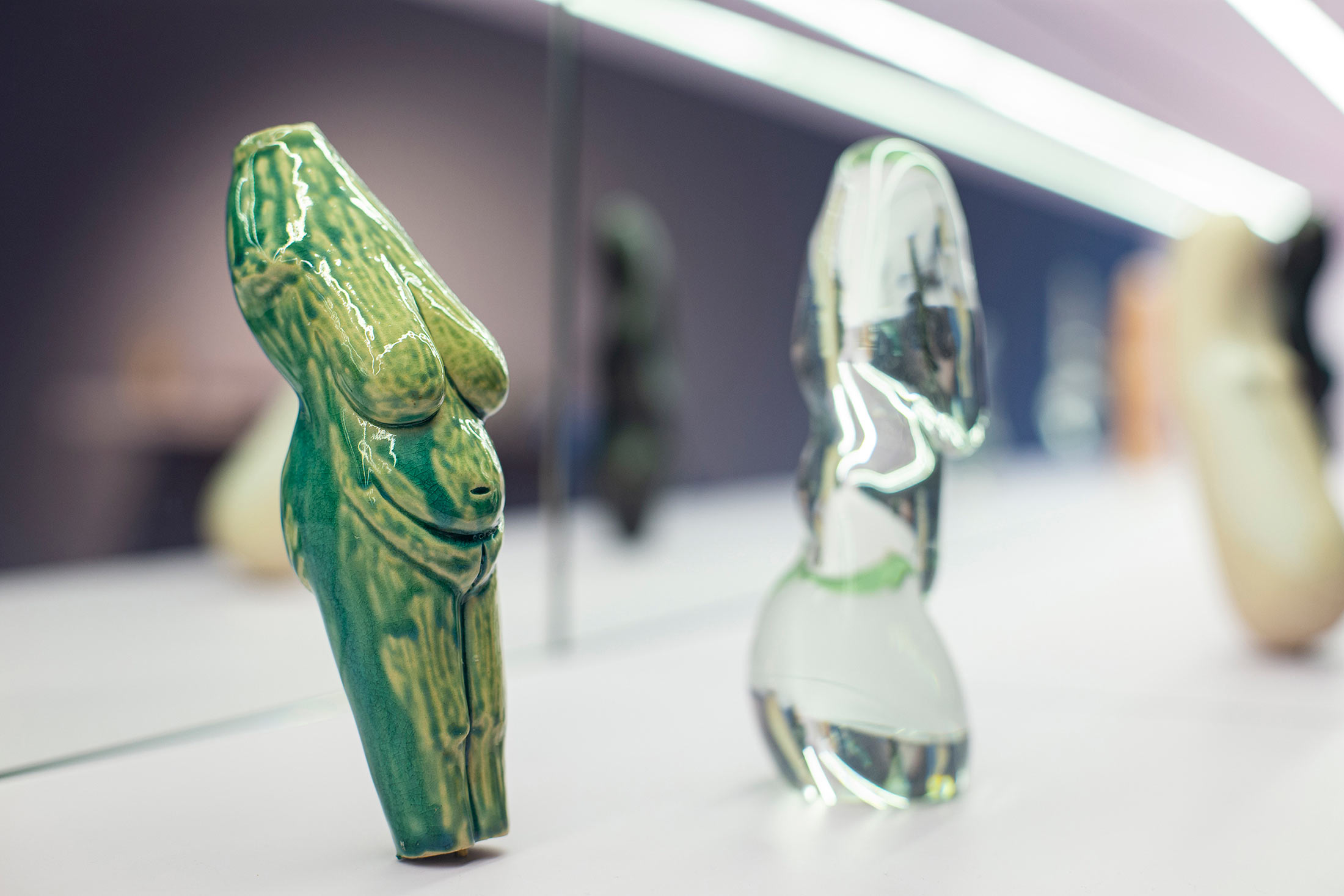 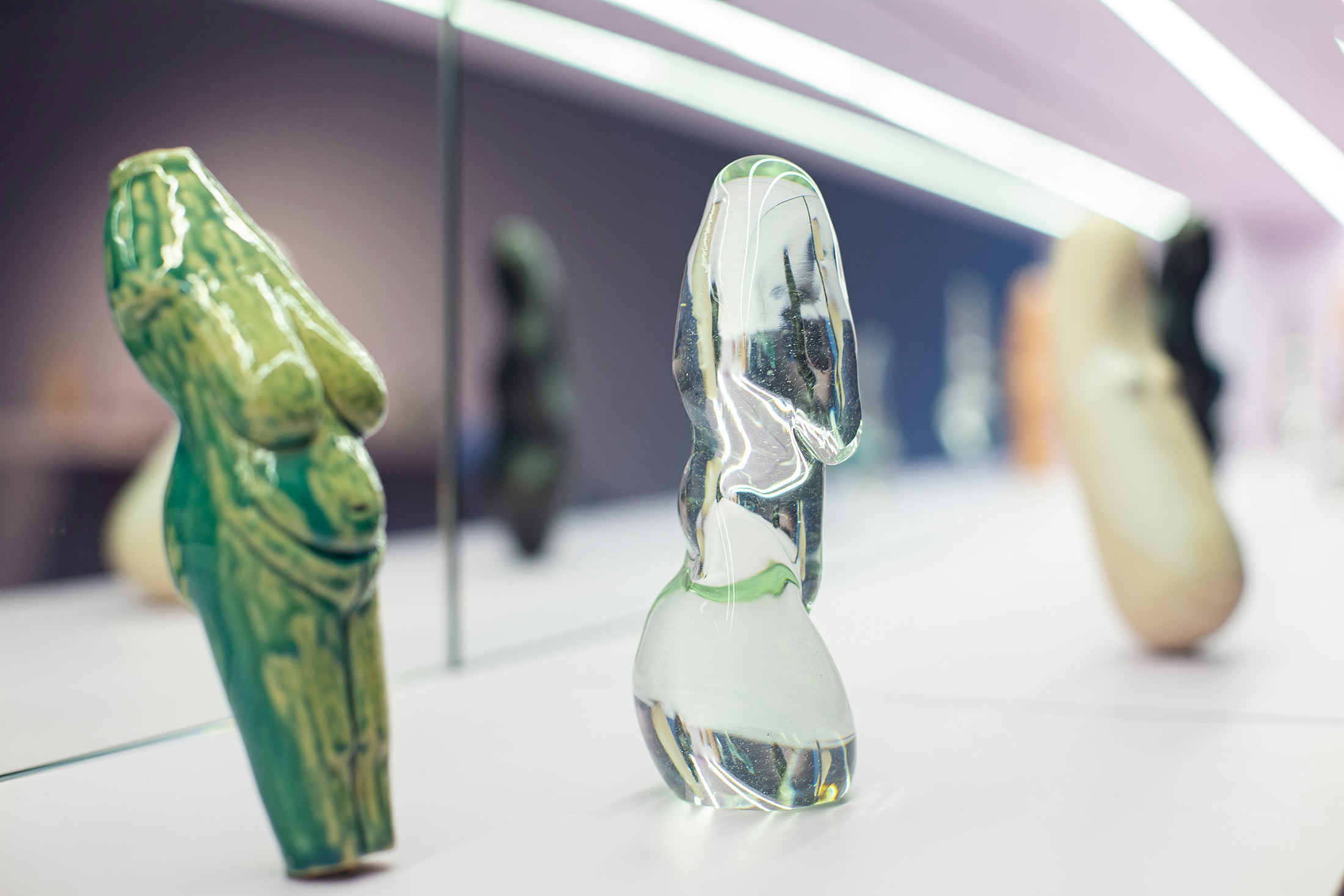 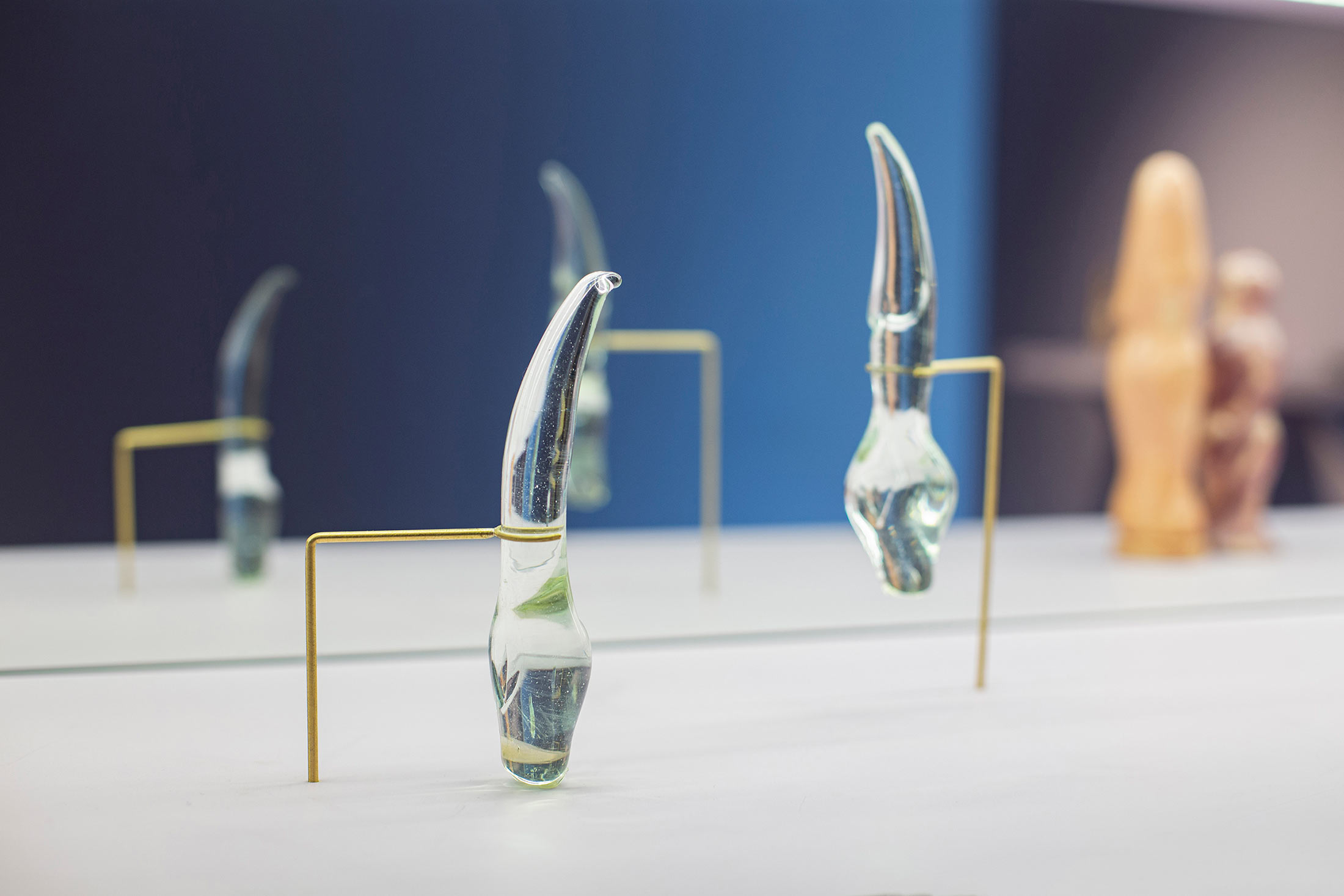 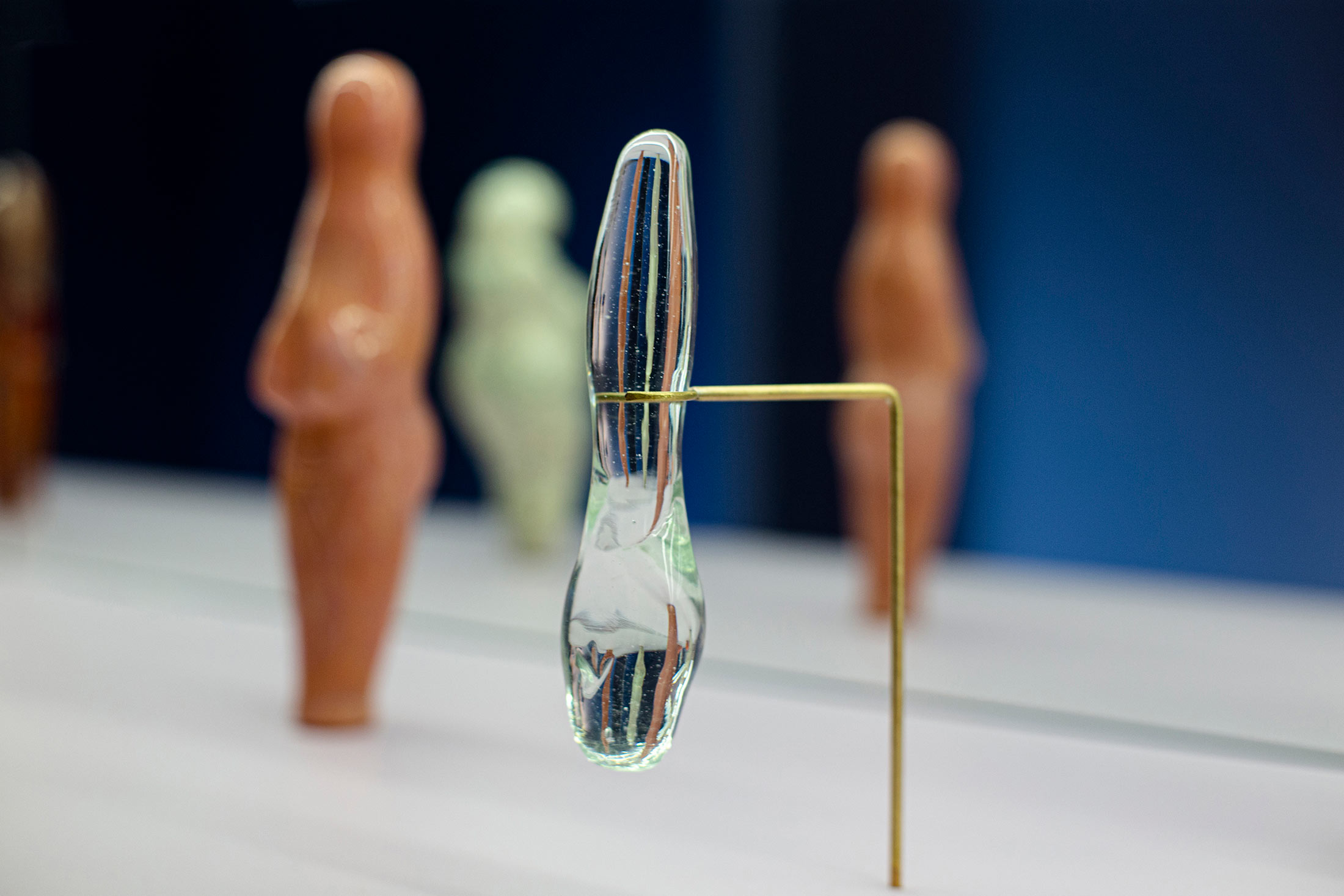 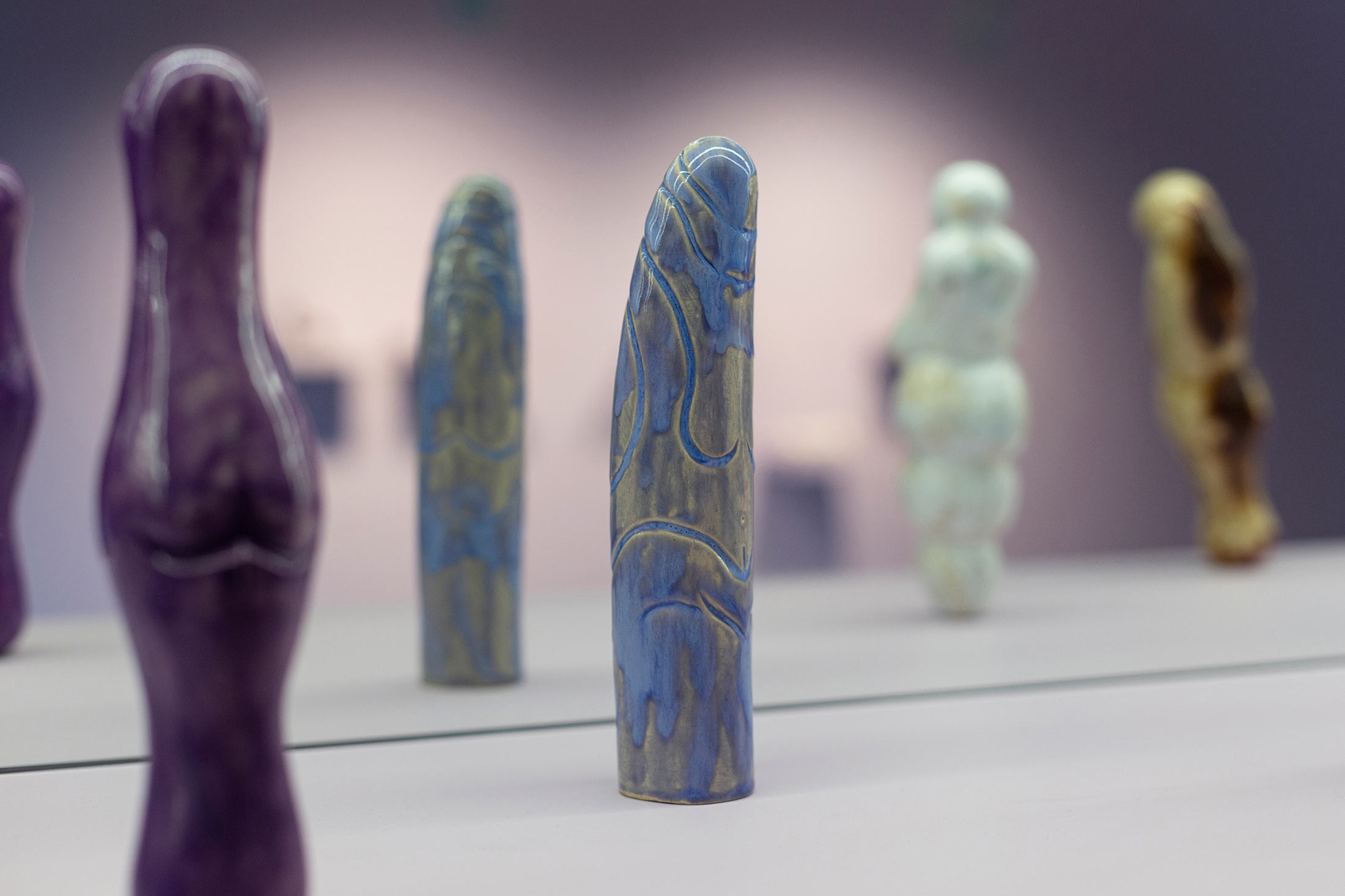 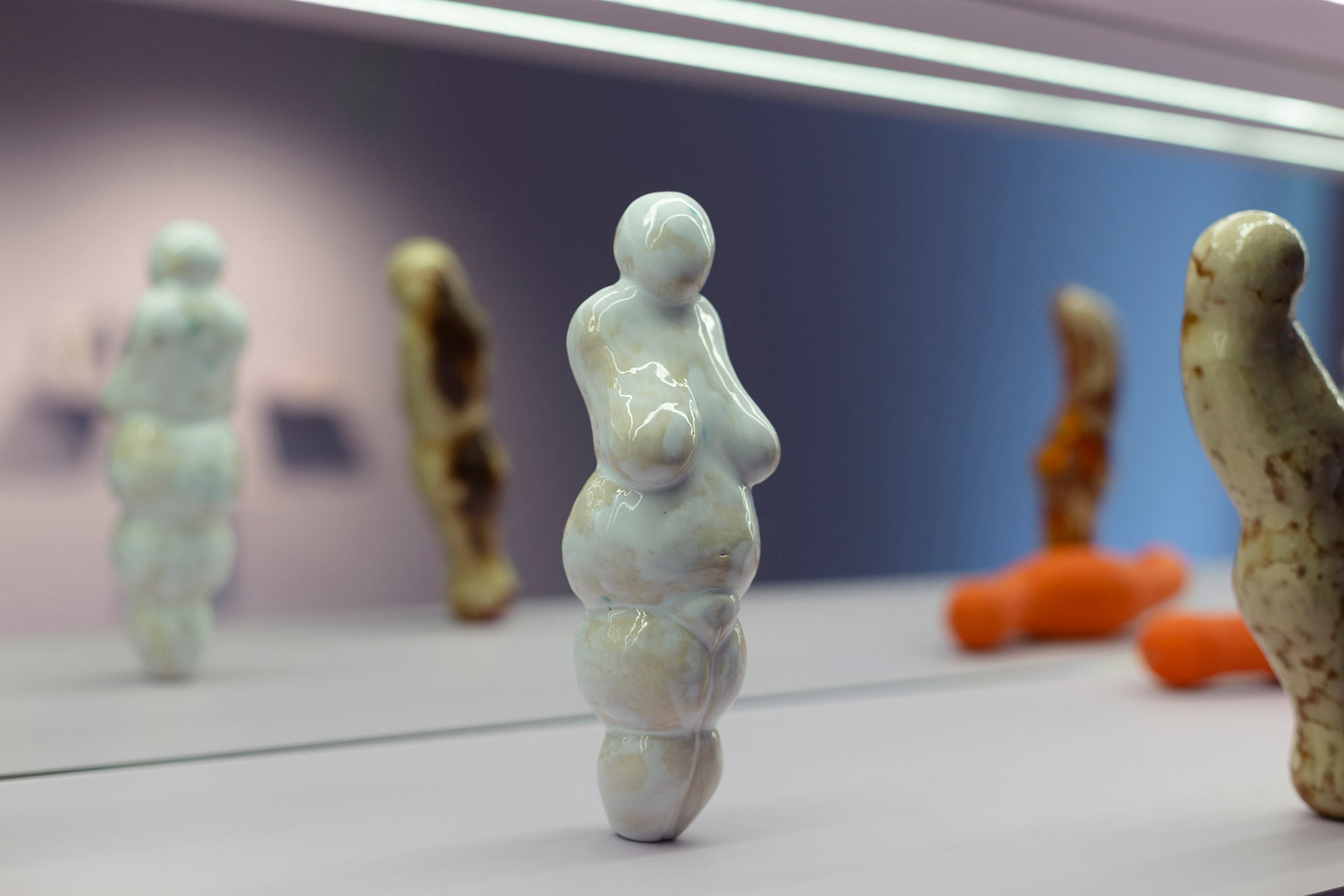 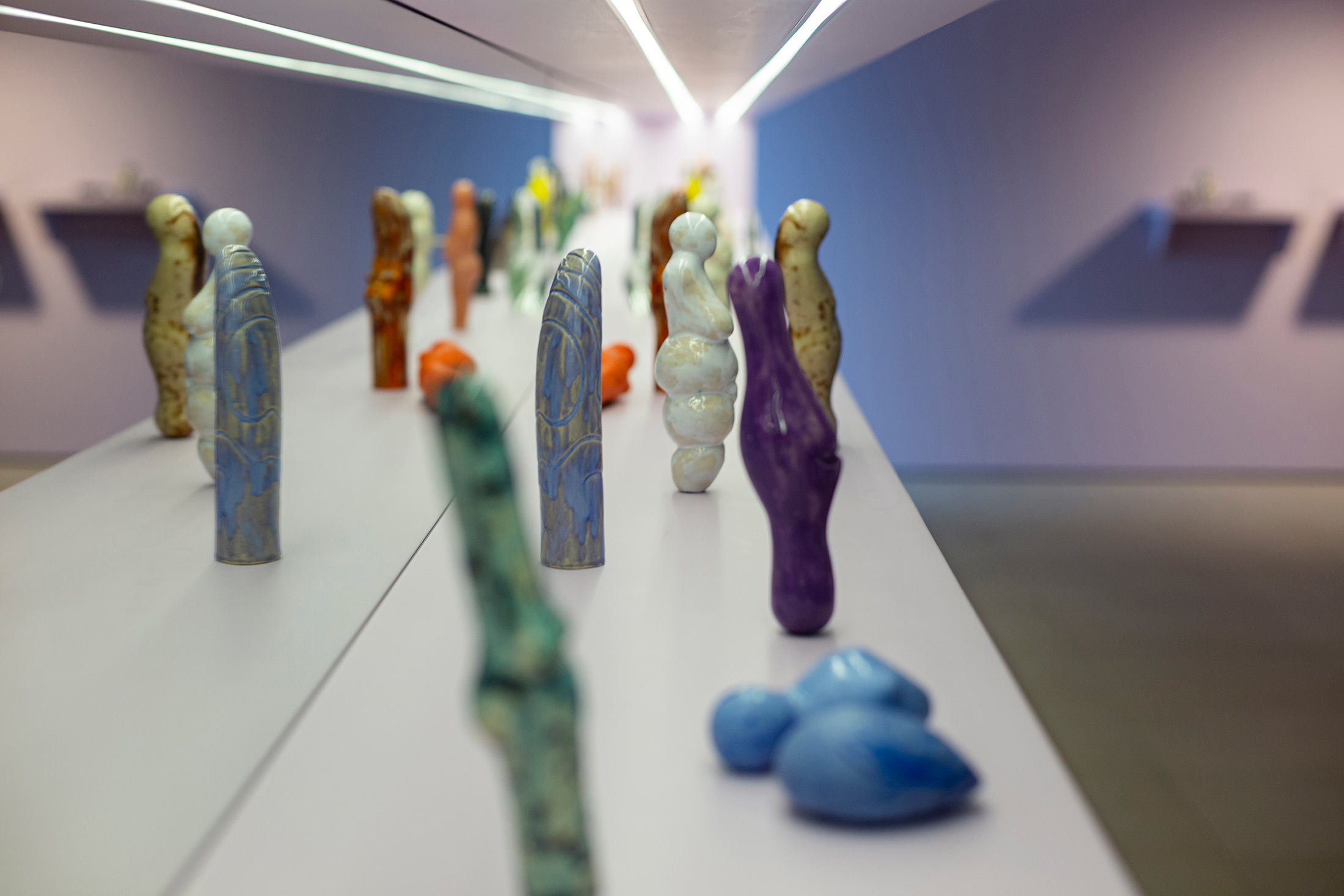 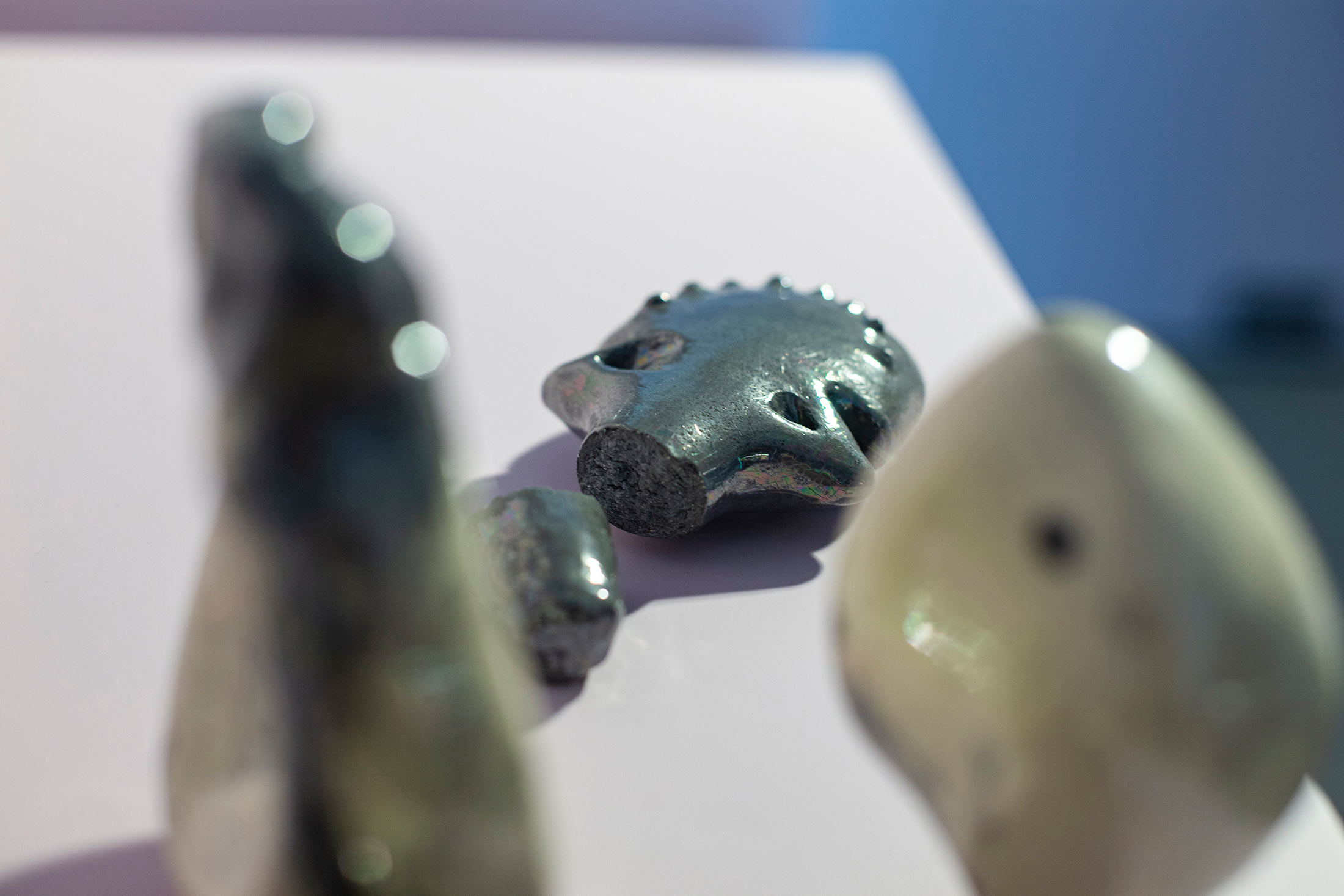 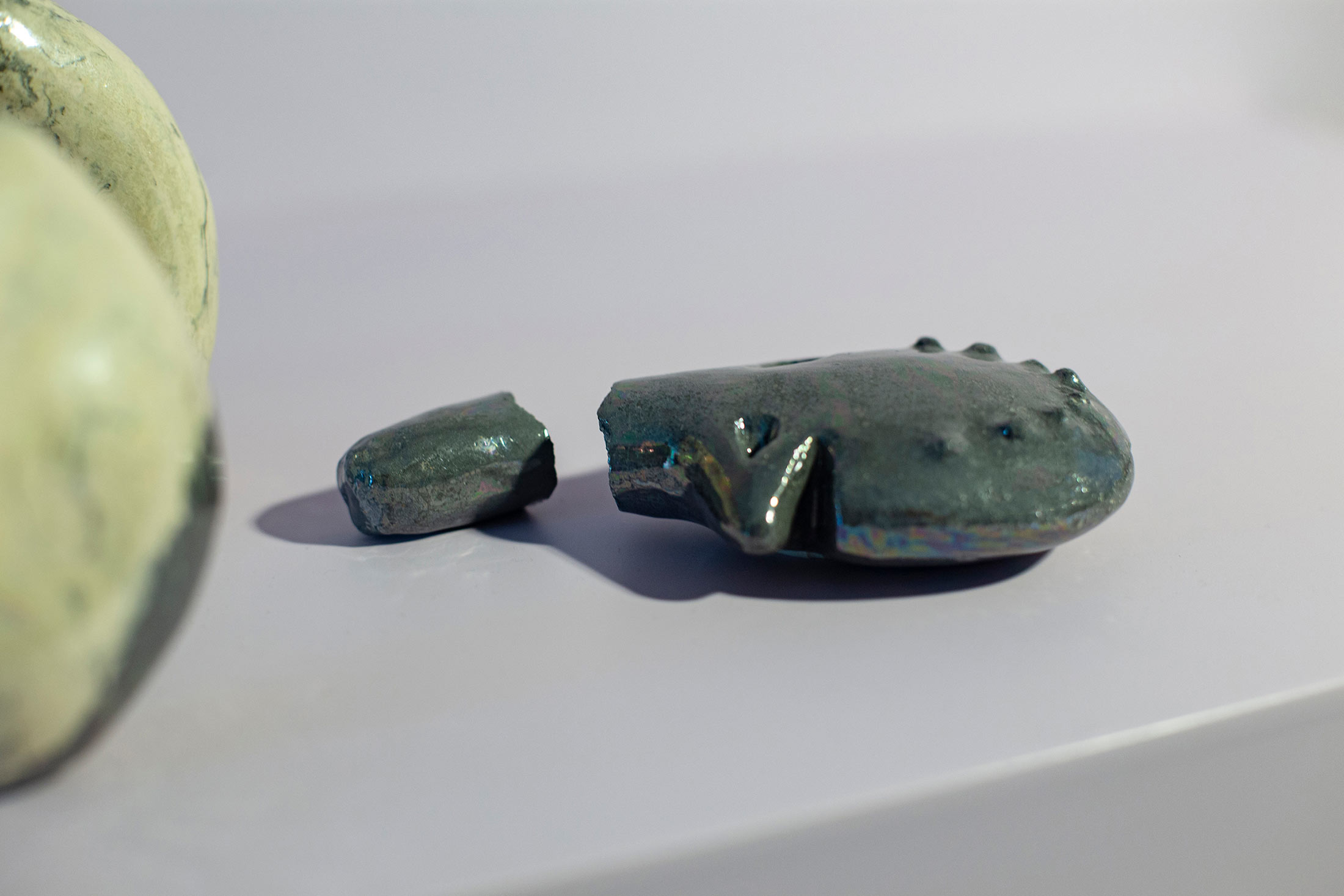 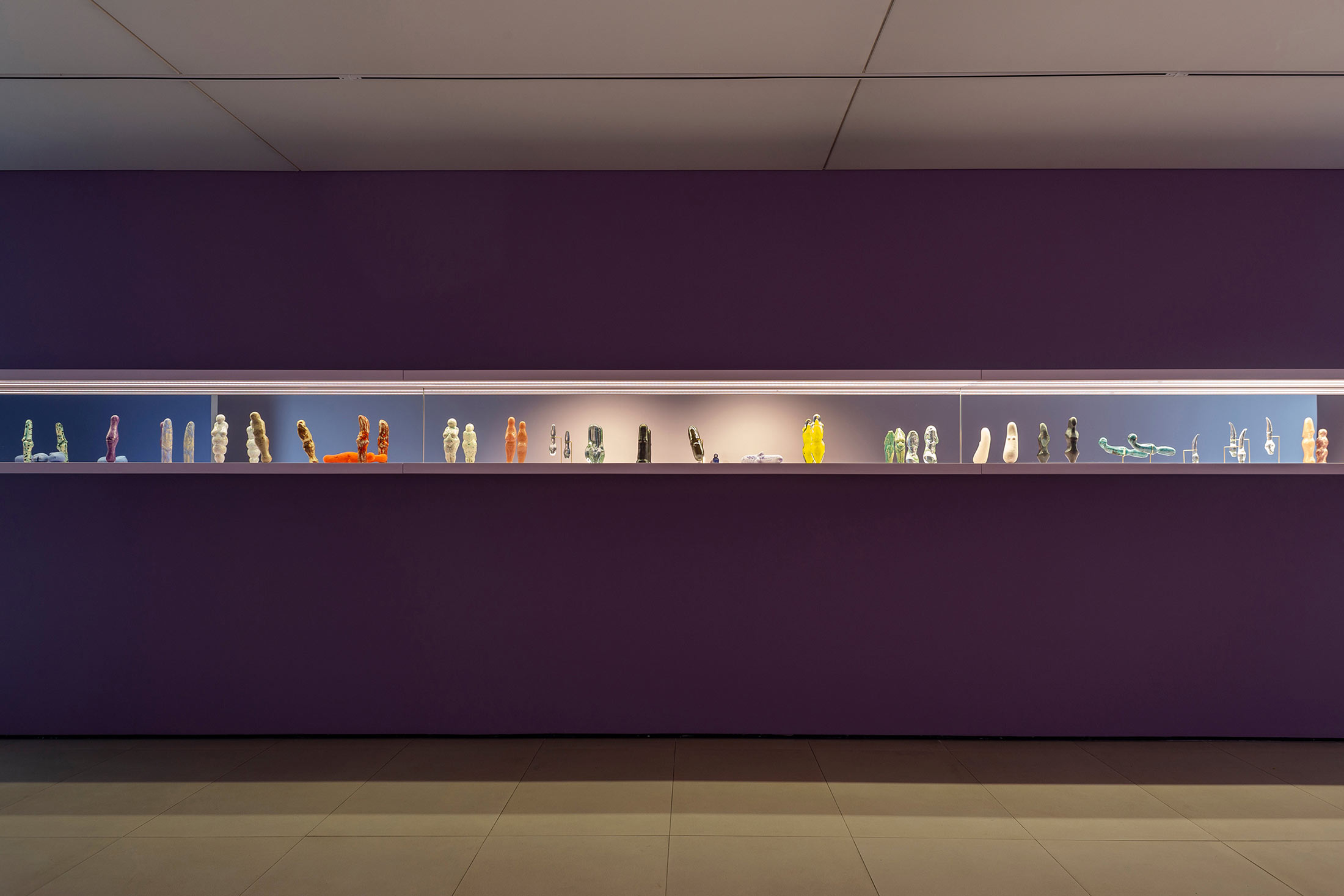 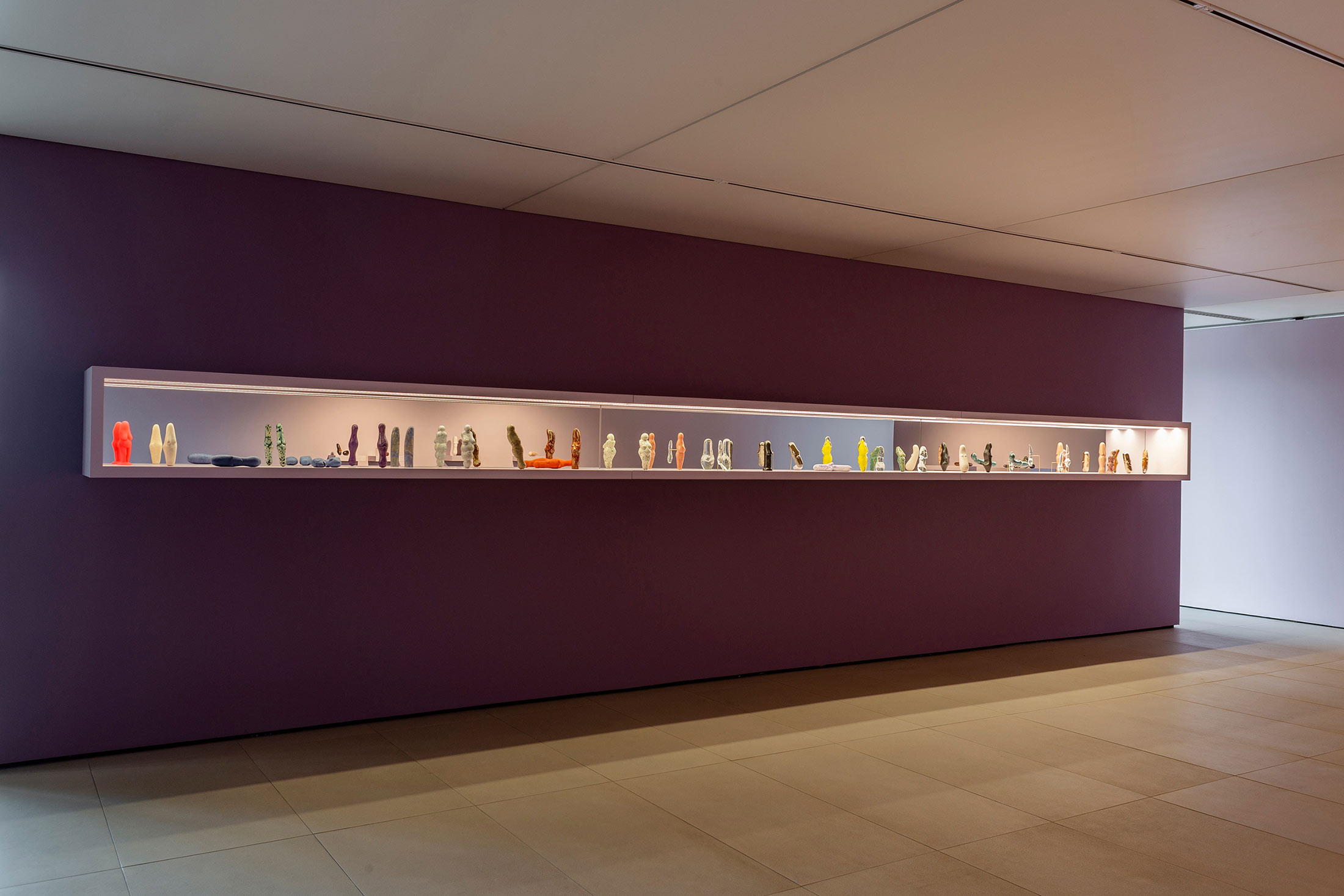 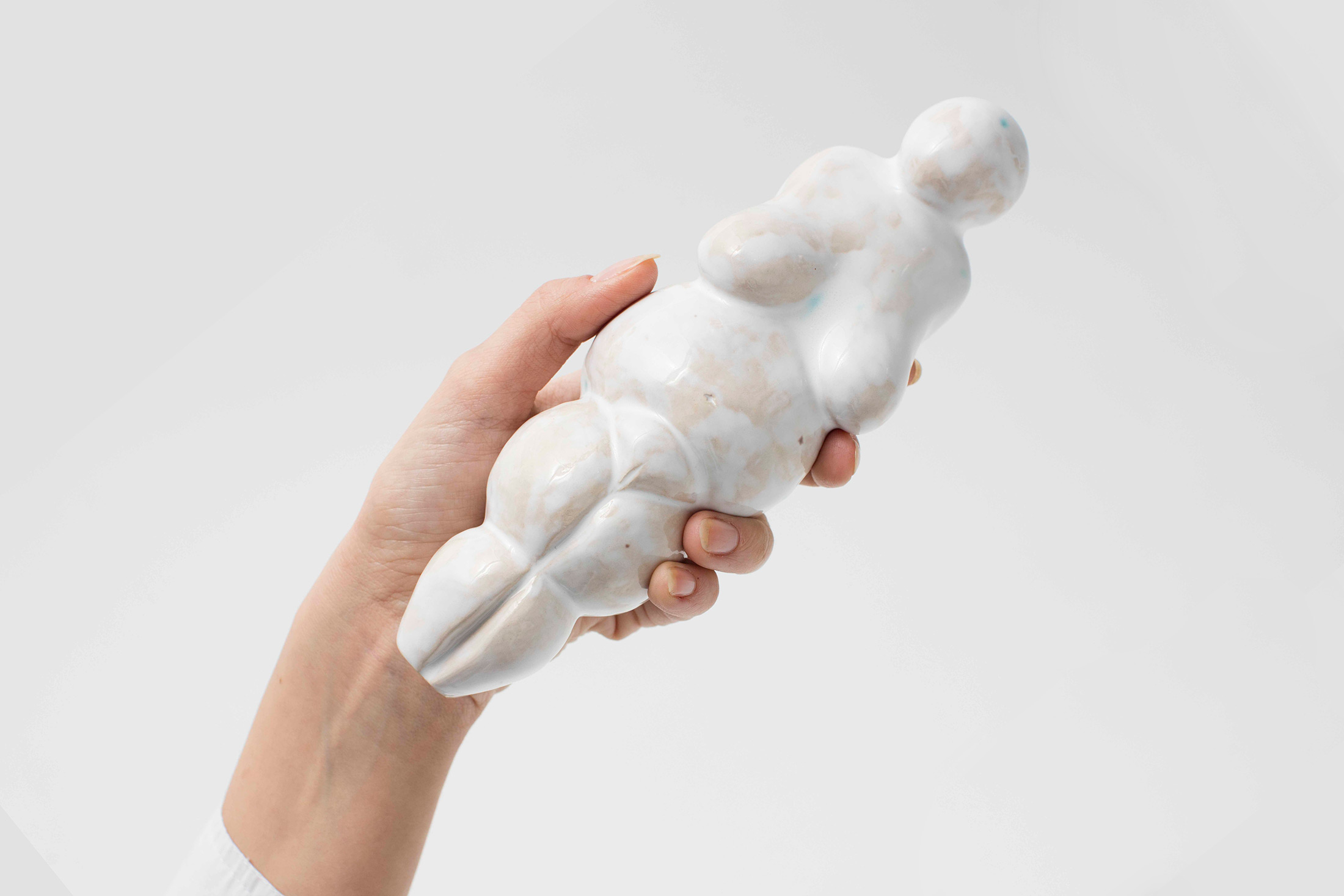 Ceylan Öztrük started her research on Venus statuettes and the historical fiction they are in with her intervention performance at the Vienna Natural History Museum in 2014 for the first time. Öztrük puts the knowledge of motherhood and fertility cast on Prehistoric Venus bodies aside and accepts them as symbols of beauty and confidence. She questions men's discourses on the female body by reproducing Venus figures as objects of pleasure. The Venus of Willendorf on display in Vienna is followed by an eleven thousand-year-old Monruz figure that was unearthed during an excavation in Switzerland in the early 1990s. The artist reshapes these Venus sculptures with glass and ceramics, referring to their original materials. With the series "Call Me Venus", which she continuously produced and reproduced with various materials since 2016 and Venuses created between 25.000-5.000 B.C., are the sources of Öztrük's art. Thanks to these sculptures, which the artist has reinterpreted and turned into objects of pleasure, the female body is separated from male domination. Now the woman can be satisfied with the very image of herself. Thus, the image of women is returned to the privacy of women. The masculine emphasis in art history and in World History written in capital letters, and the fate of the works of art that are the means of this power structure, change.

Exhibited first at Mars in Istanbul in 2016 and then at Maxim Gorki Theatre in Berlin; Ceylan Öztrük is now preparing to exhibit “Call me Venus” after five years at Gallery Nev with new sculptures titled “Idols”. This time “Idols” do not refer to any duality, and they purify the female body Venus from their attributed phallic images with an updated approach. Although Idols, like Venus sculptures, are designed as objects of pleasure, they do not contain guidance on how to achieve satisfaction. Öztrük offers her hometown Ankara and Anatolia, where idols have their roots, forms that are only 'bodies to themselves, separating the pleasure from the female body. The idols, glazed with pearl enamel, are also articulated in her other works by breaking the pearl metaphor that has occupied Öztrük for years.

The exhibition that opens at Gallery Nev on Tuesday, March 9th and will stay open until April 3rd, is called "Zintuhi-". "Zintuhi-" is the name of female/male dancers and singers in the ancient Asia Minor and Hittite world, who were charged with carrying and presenting idol figurines during holidays and celebrations. Ceylan Öztrük takes the role of Zintuhi and ceremonialises the exhibition in which the new idols create a connection point with the artist/s who produced ancient idols. 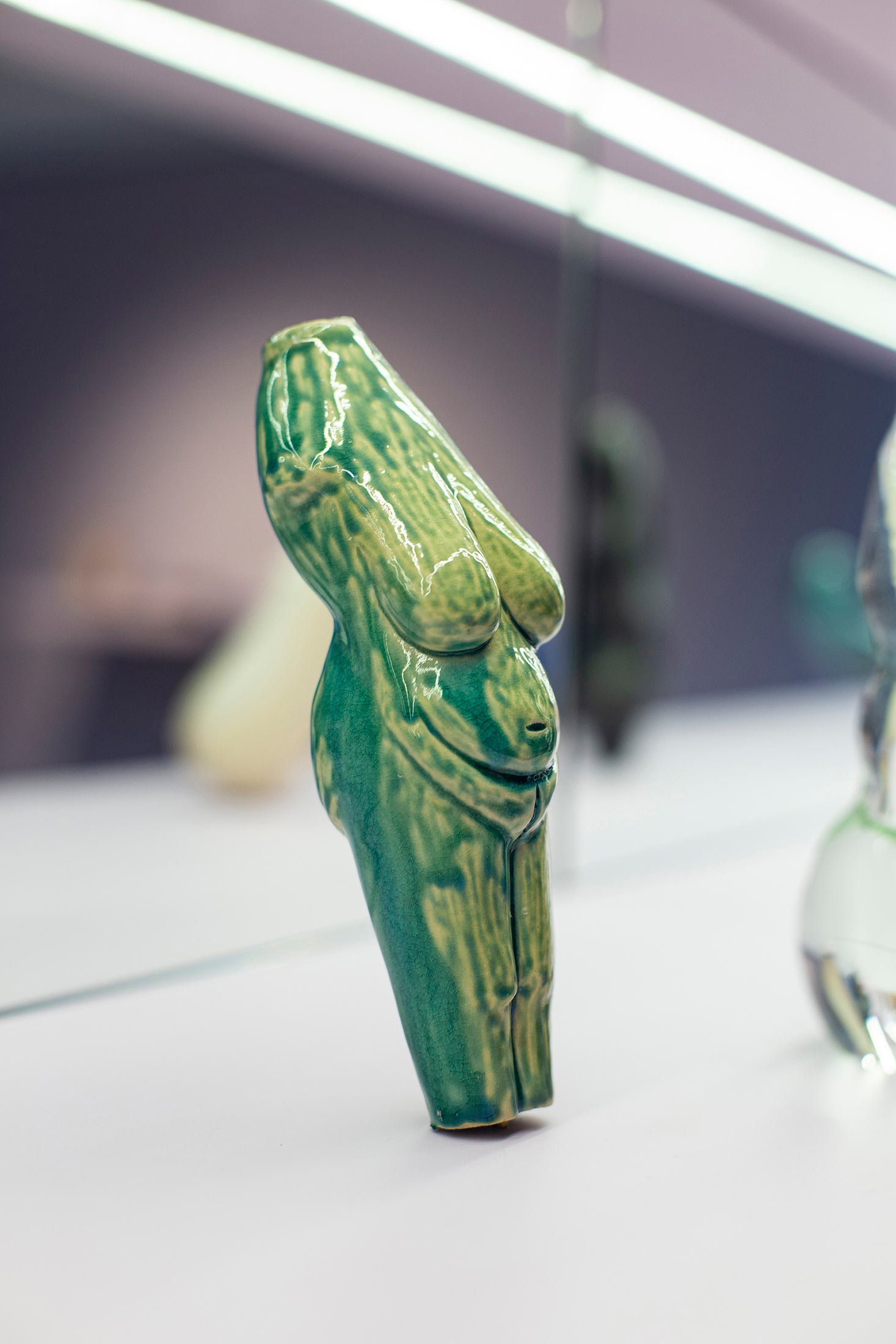 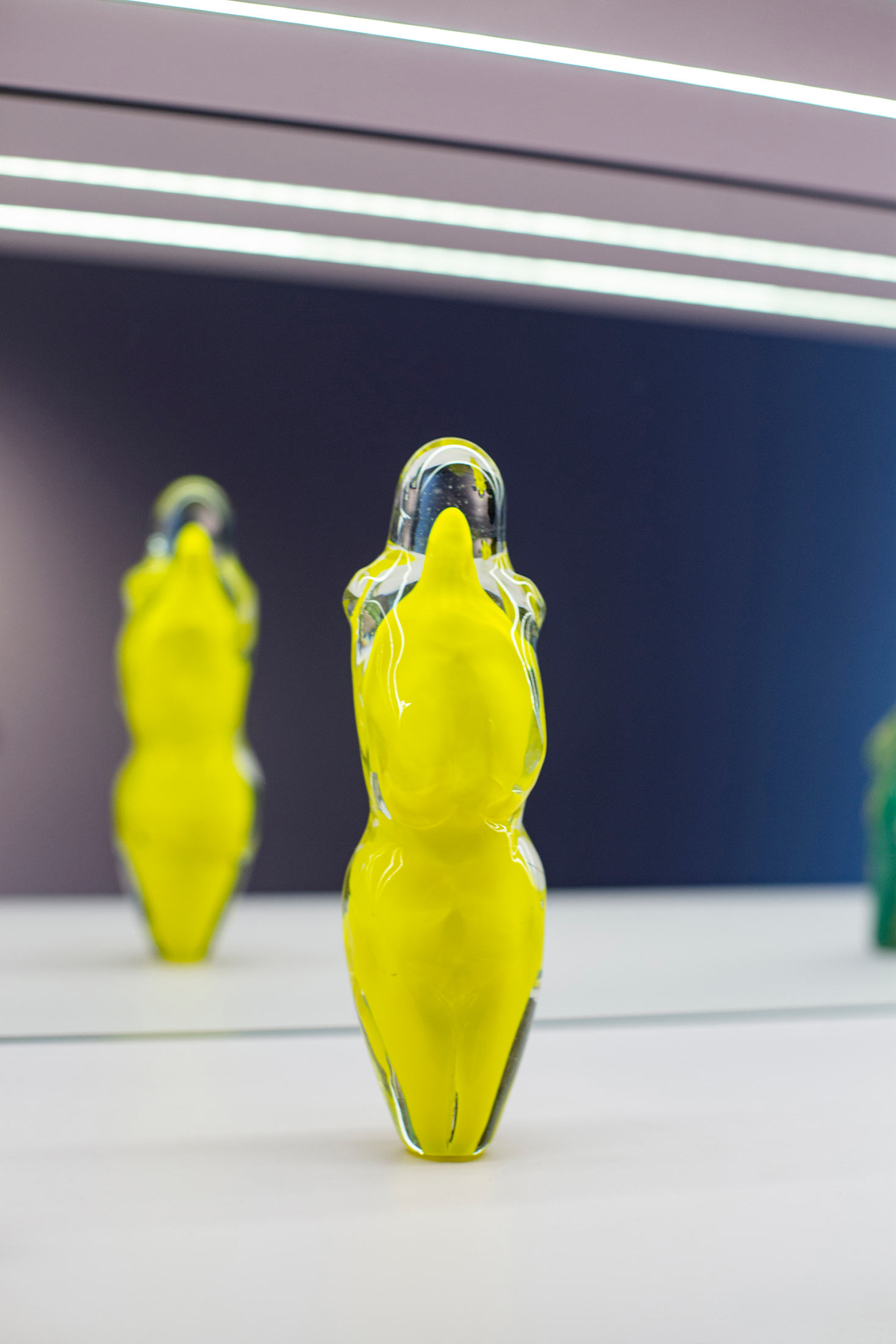 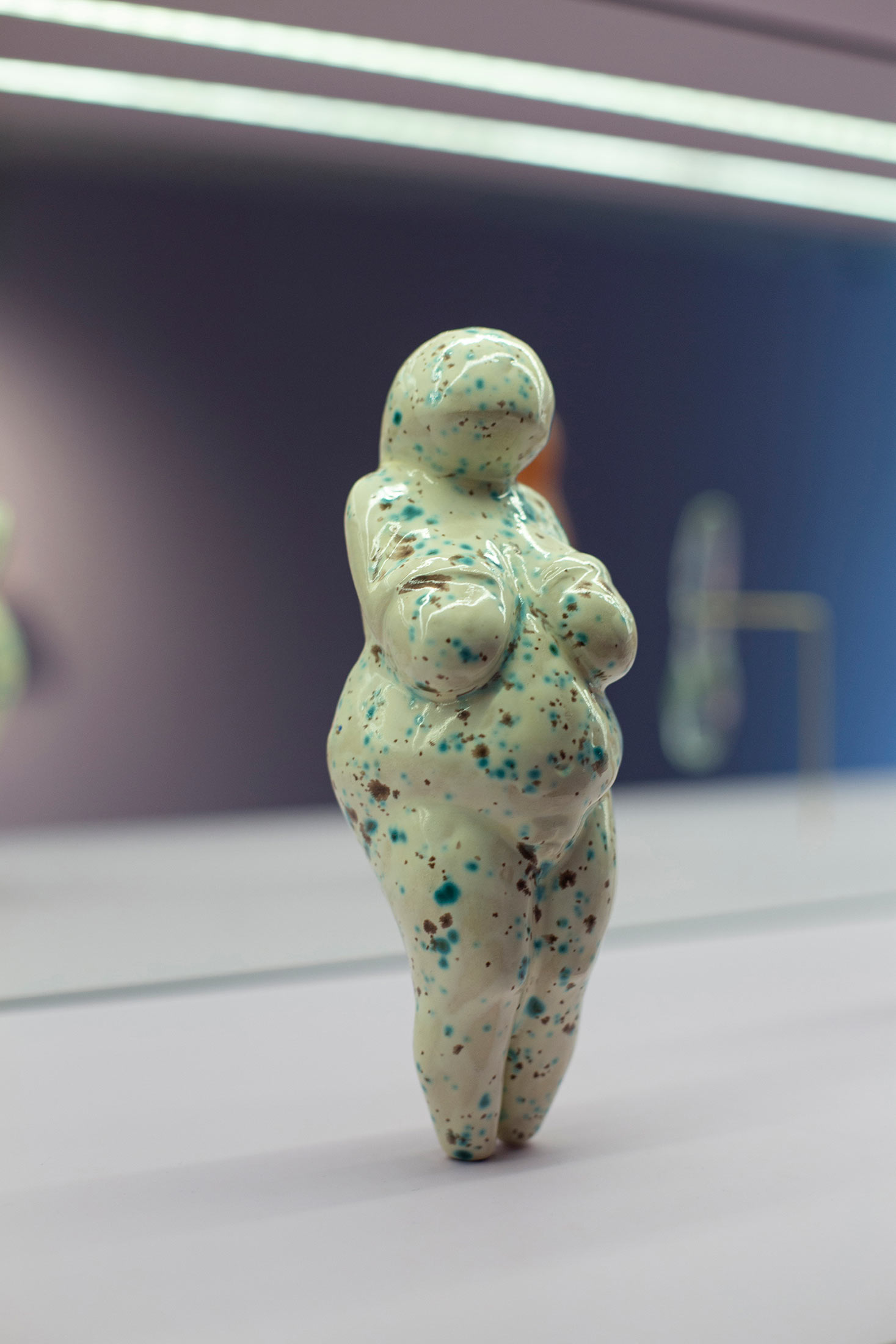 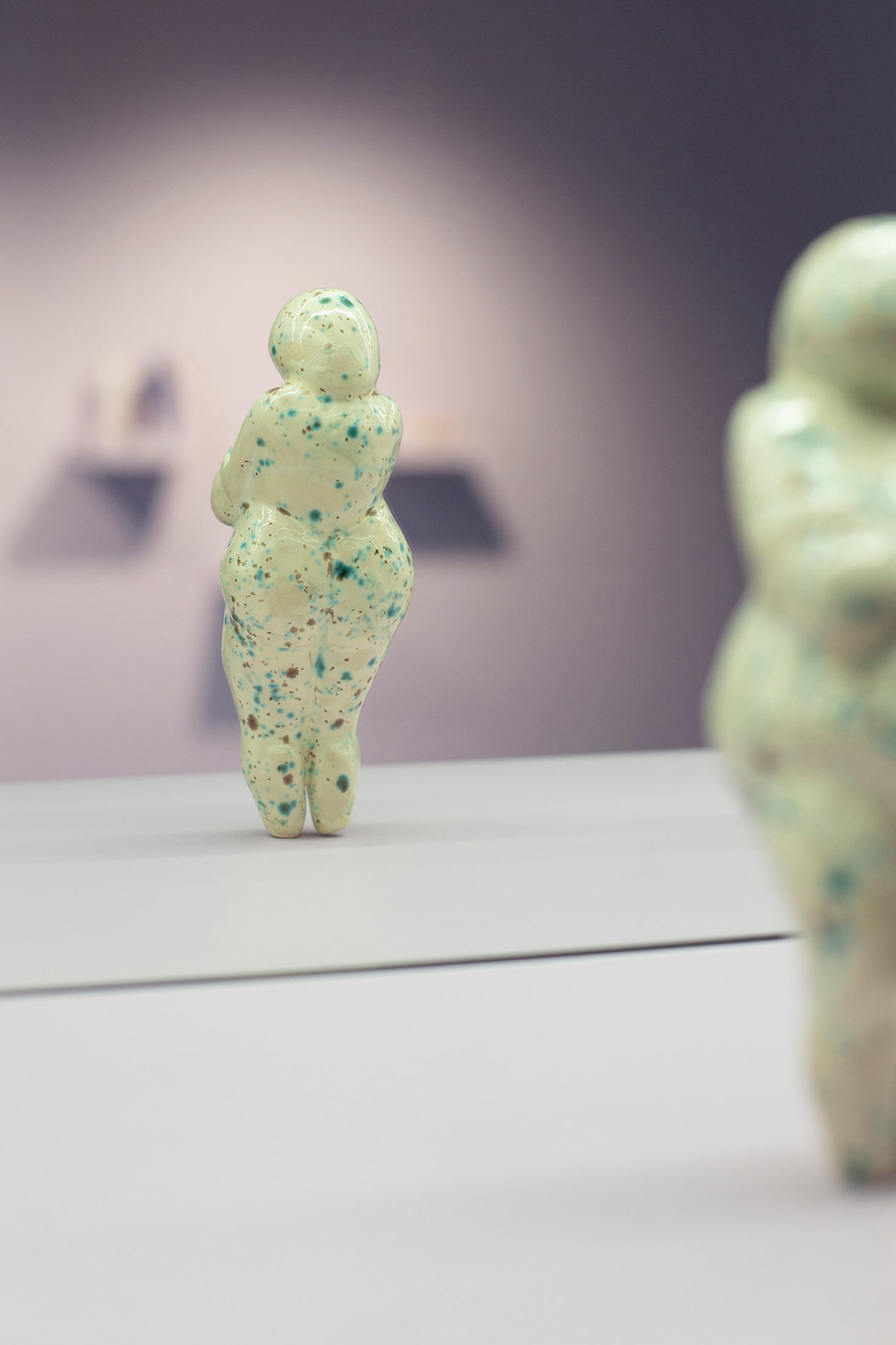 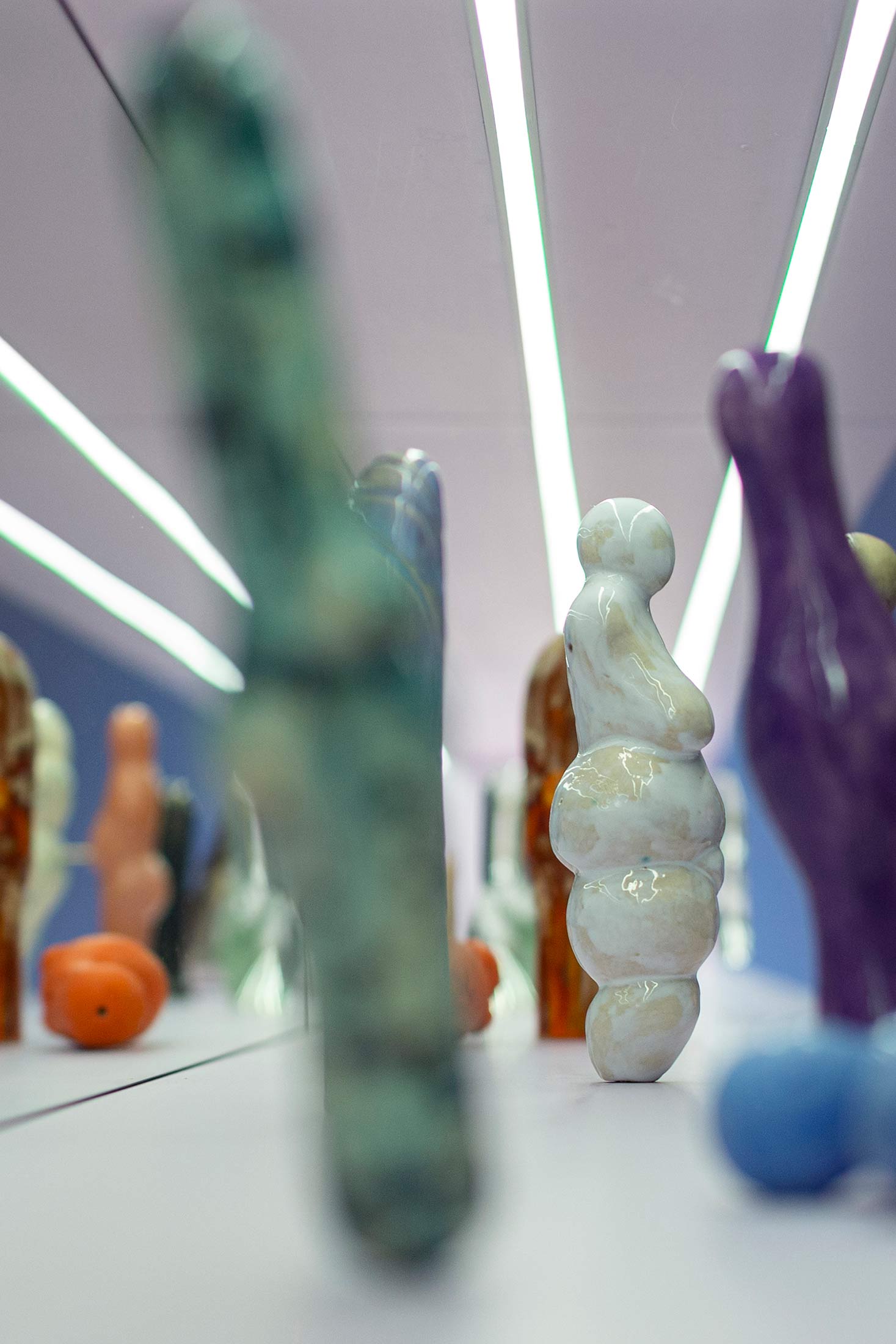 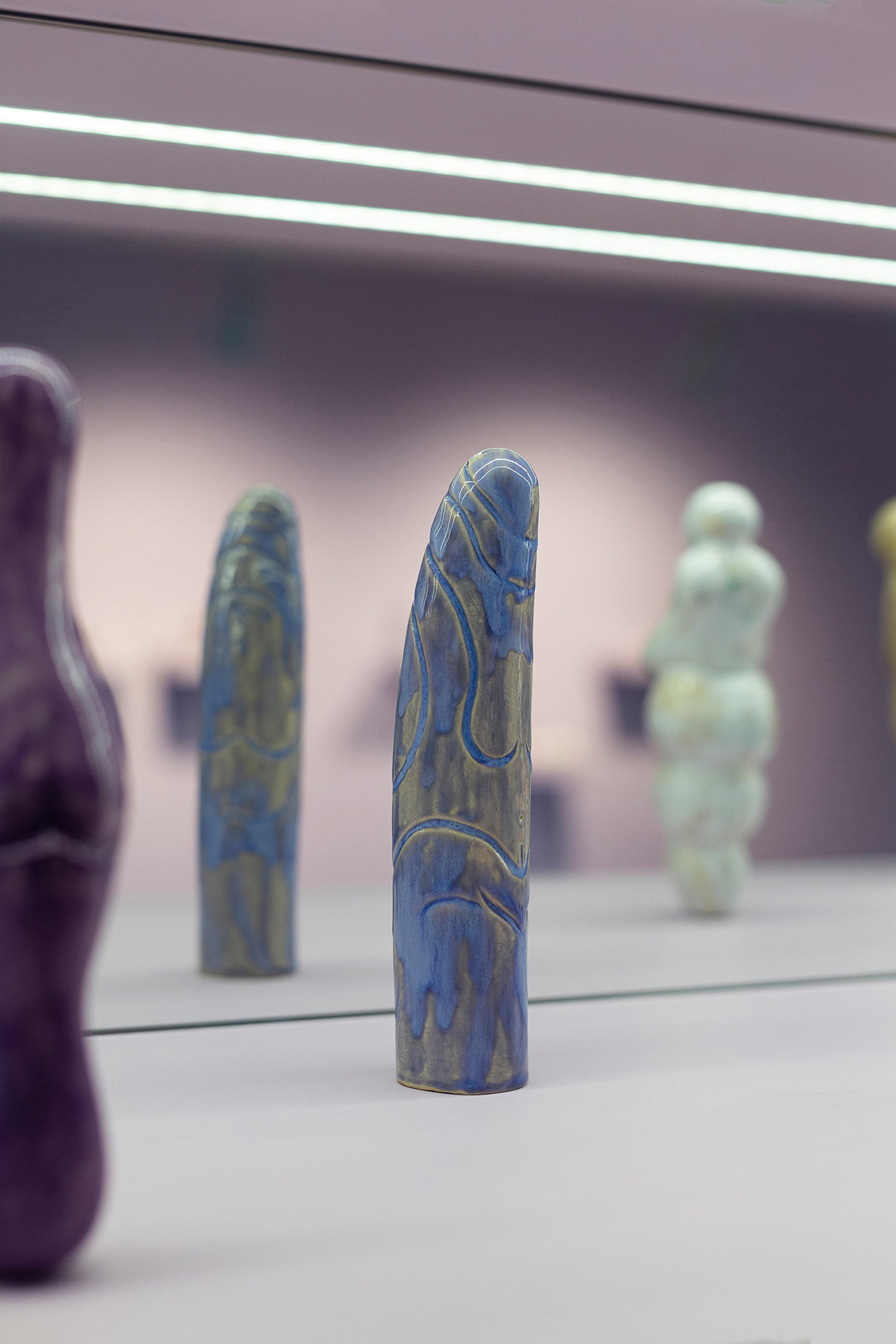 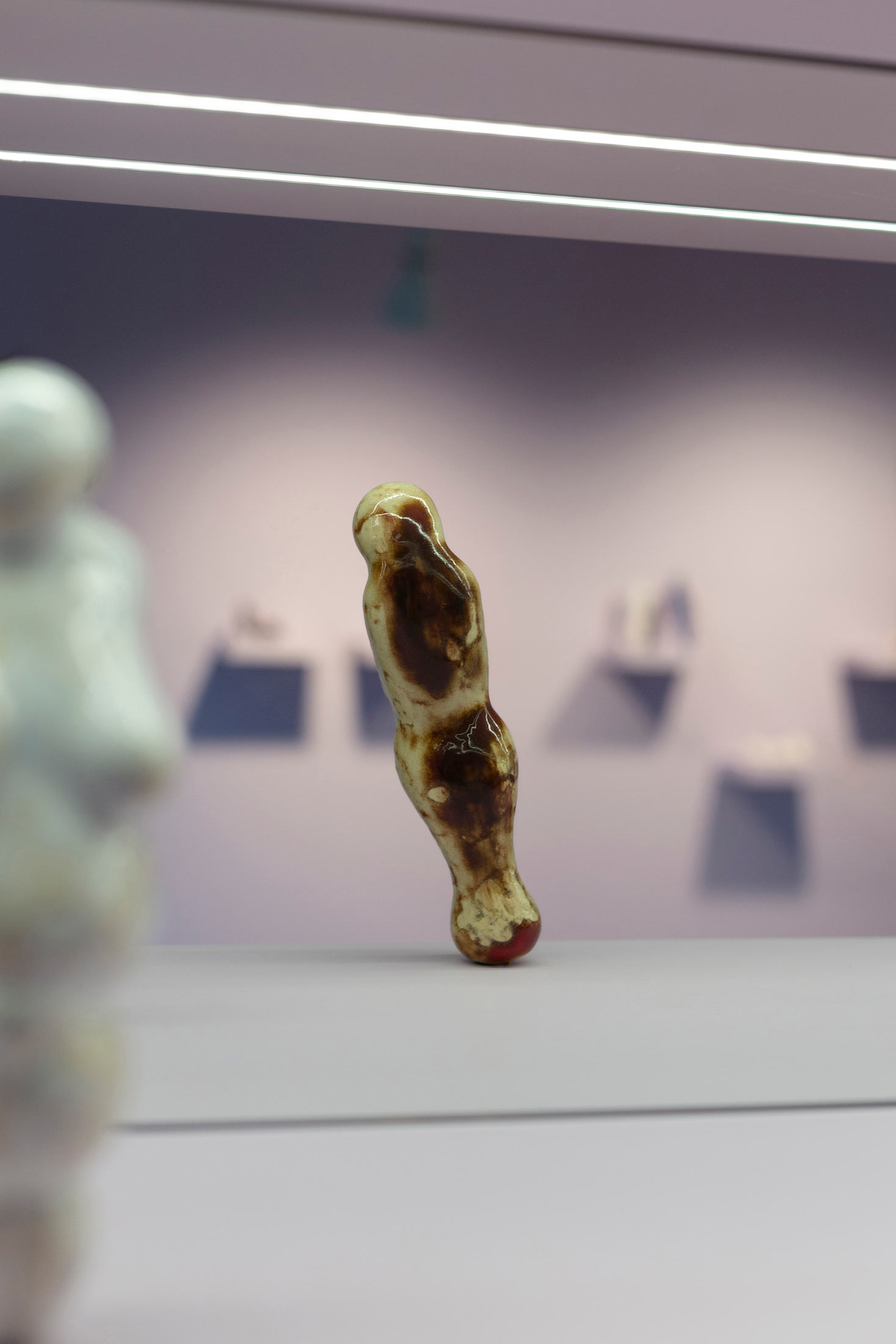 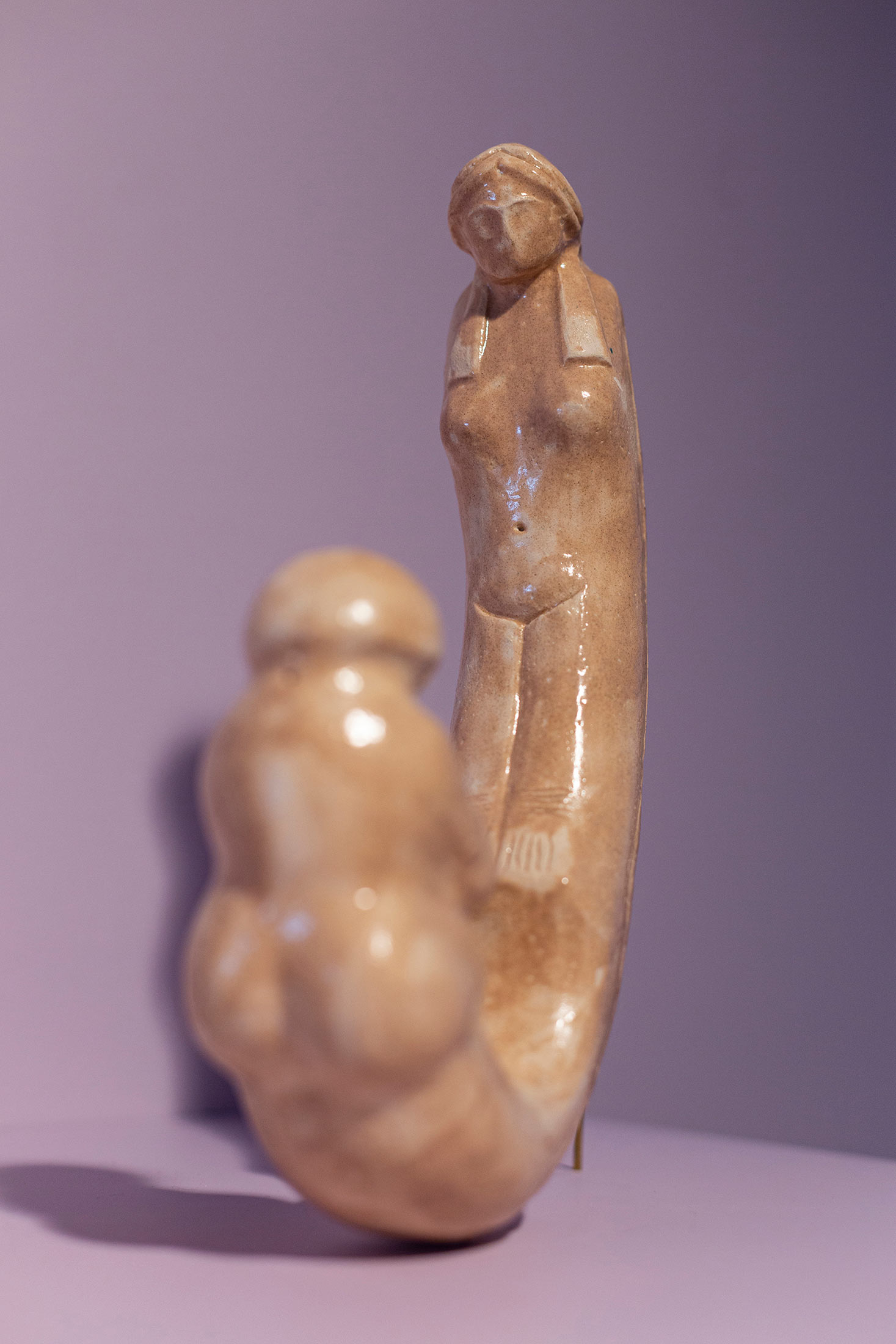 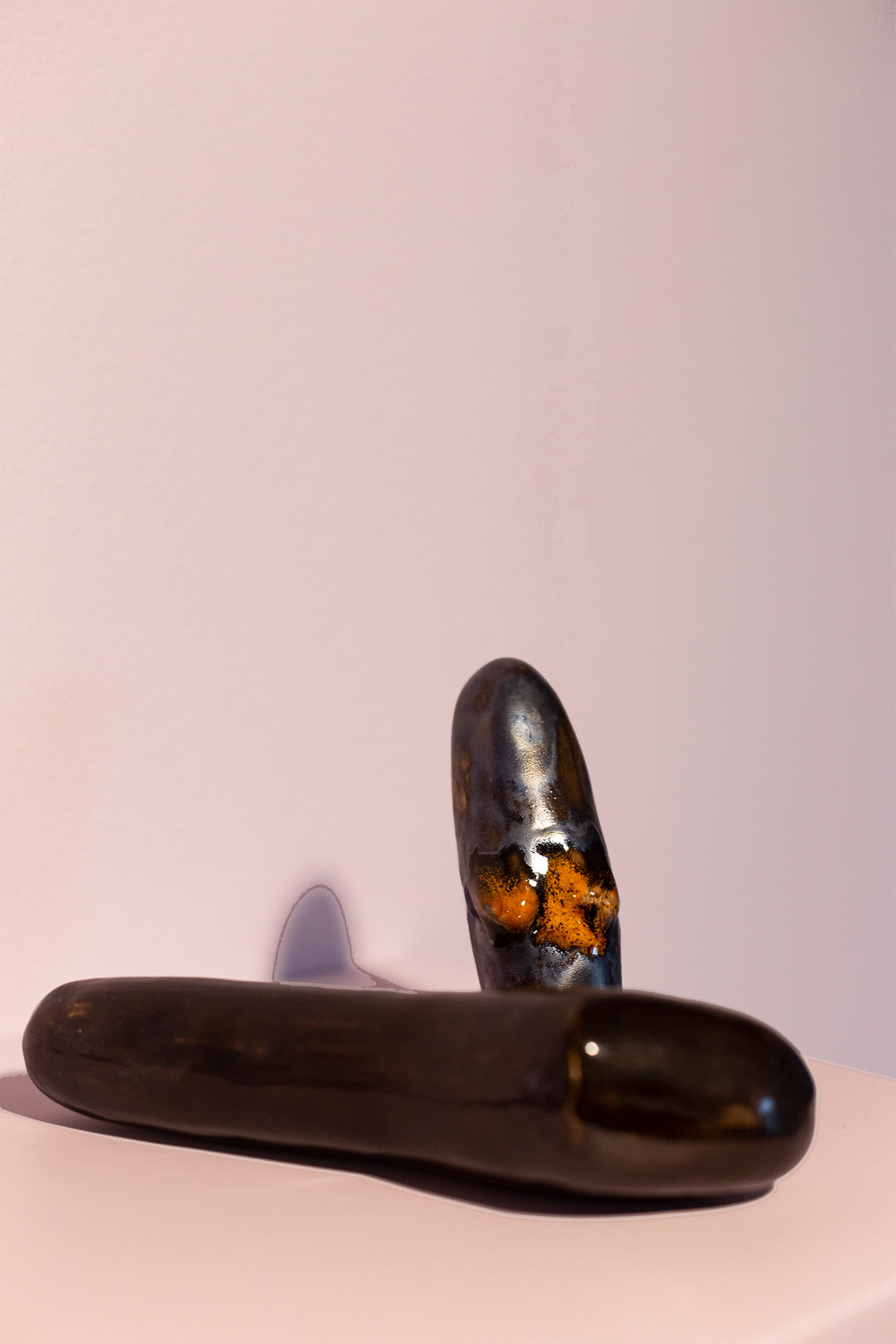