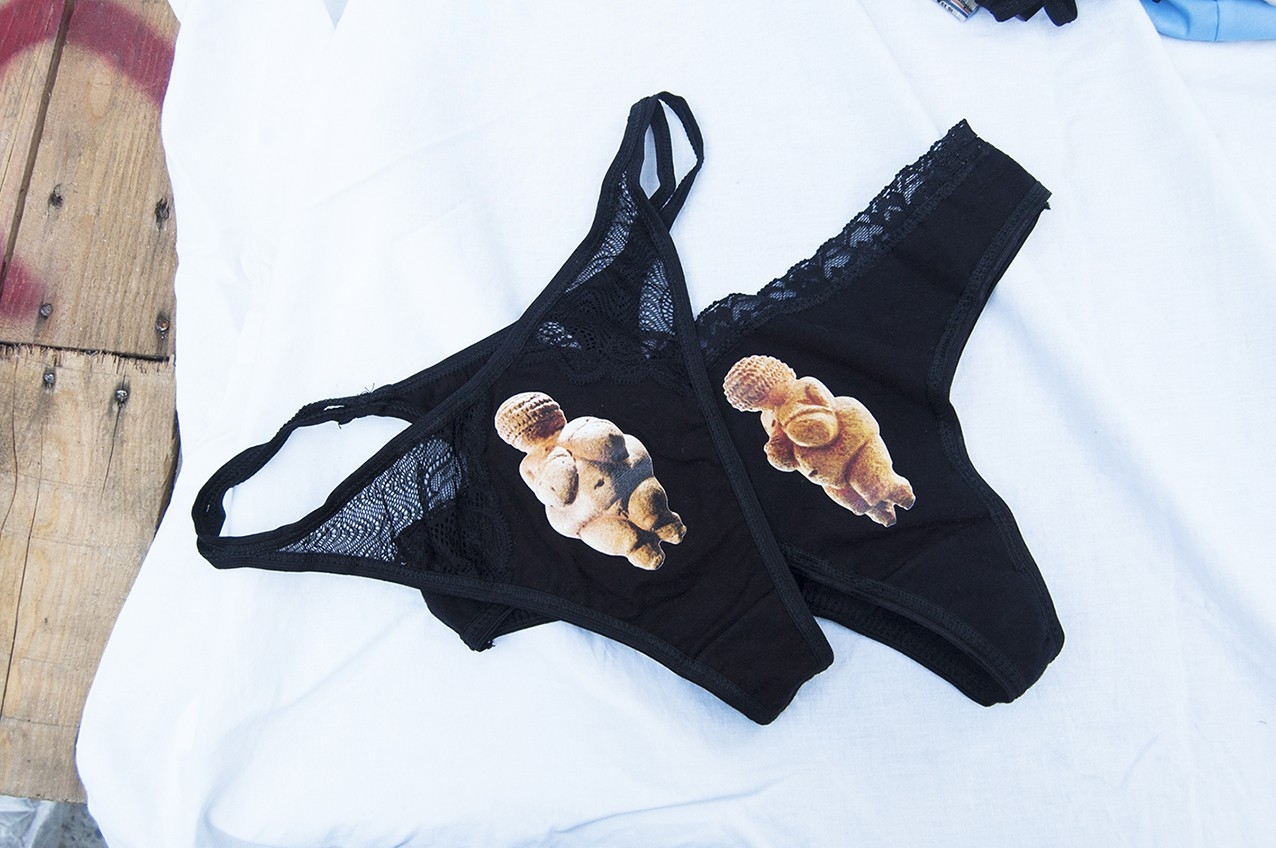 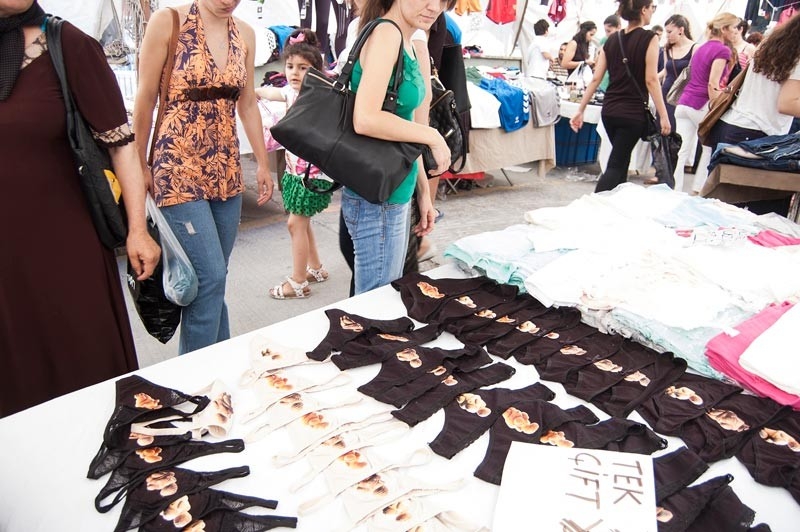 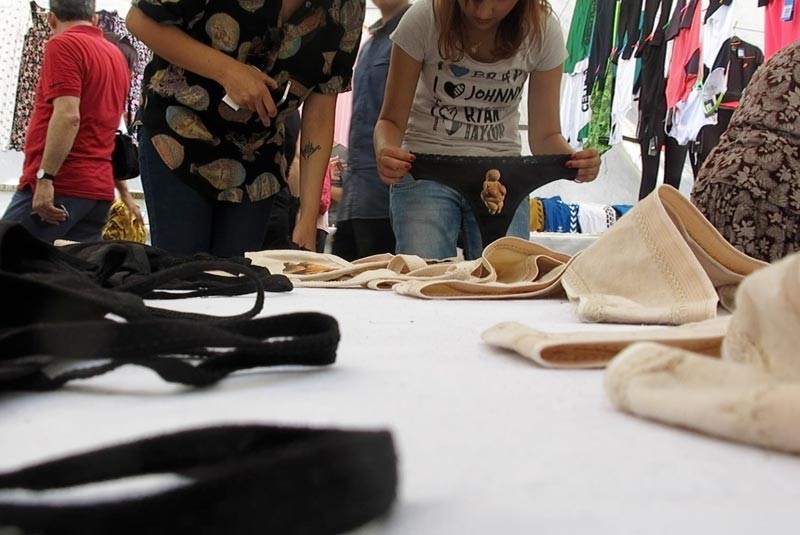 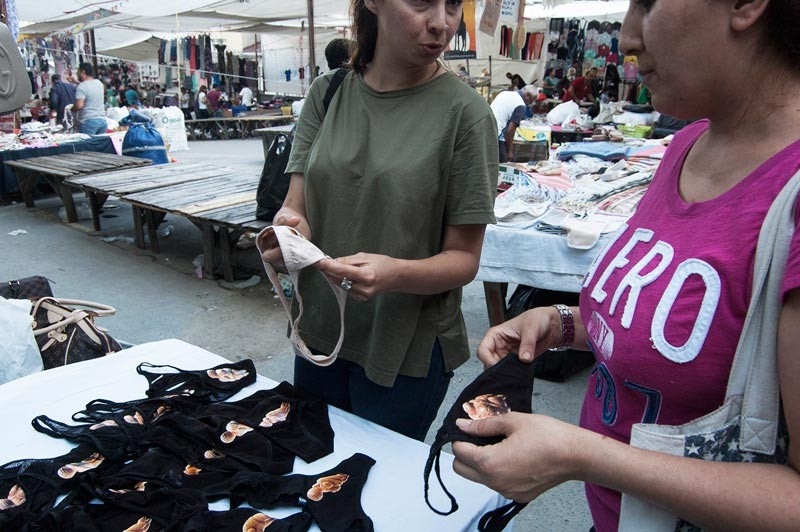 This performance that was realized at the Besiktas Market has been a next step after the museum performance in Vienna. I tried to sell underwear featuring the Willendorf Venus in one of the biggest and best-known markets of Istanbul, the Besiktas Market. The goal was to be able to get feedback from women. I tried to talk about how this figure was actually erotic and beautiful— the Venus of Willendorf being a symbol of fertility is only a presumption. But this proved more difficult than I thought. Women are shy about the female figure. This made me think that many women are somehow removed from their own figures, their own bodies. The next step formulated itself at the market place as it was here that I decided to use the female figure as an object of pleasure for women. The Besiktas performance took approximately 13 hours. I was able to sell only 4 out of 101 underwear.