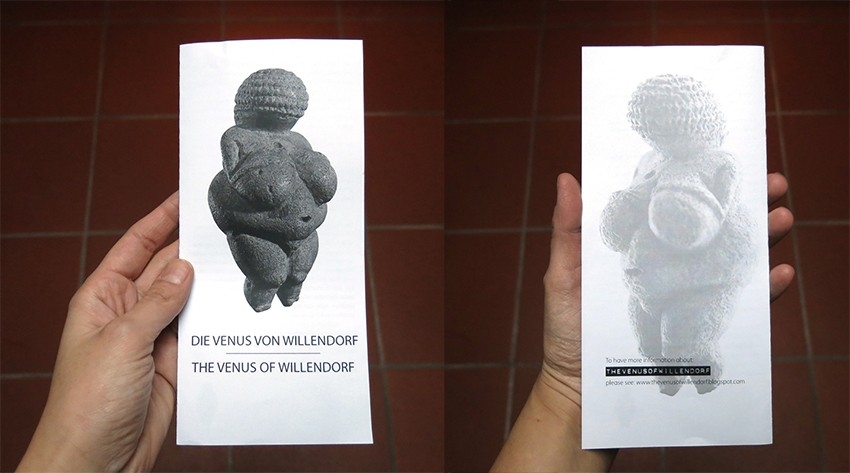 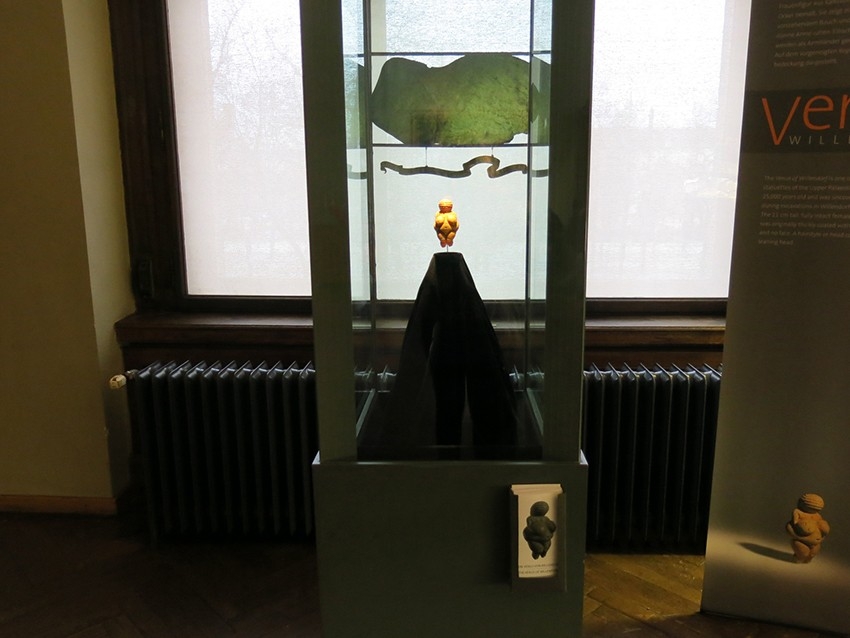 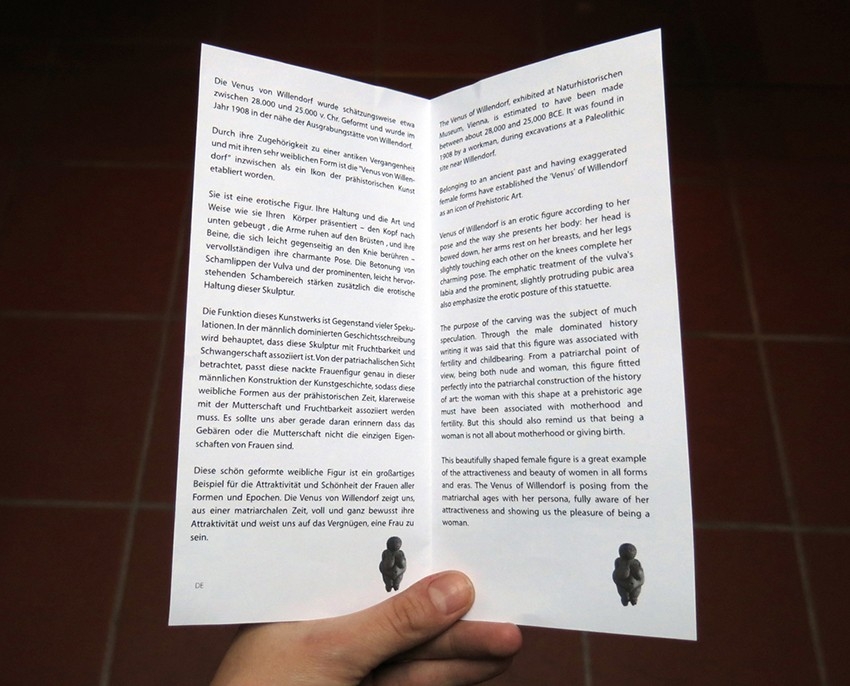 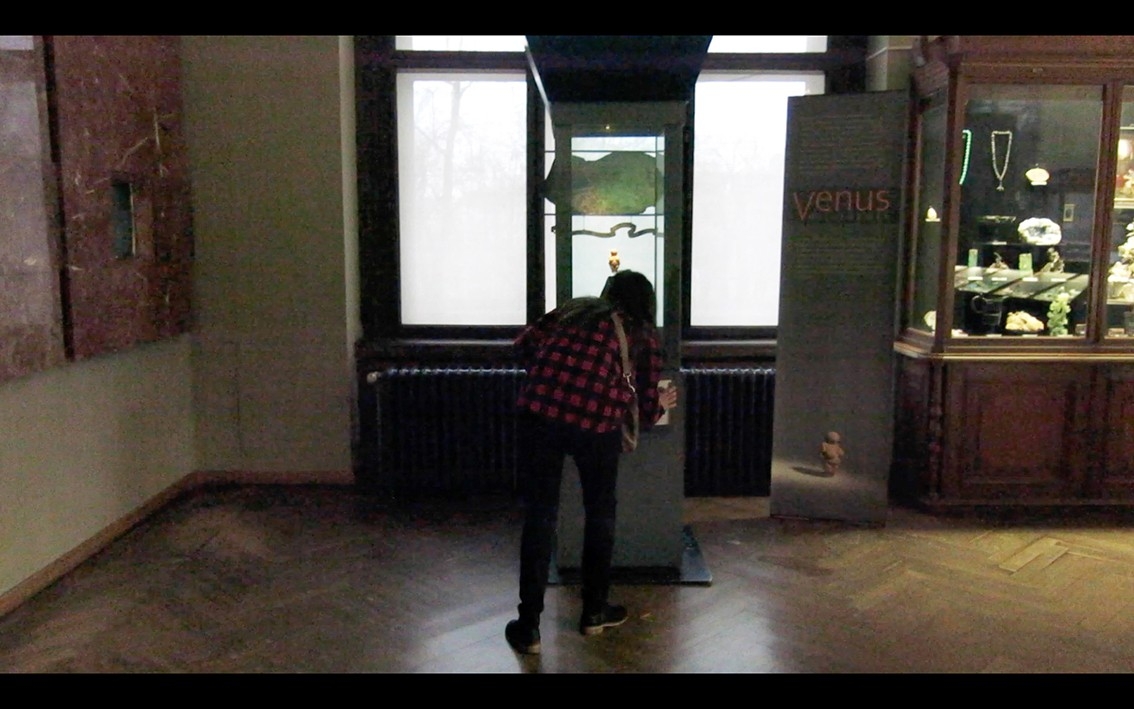 “The Venus of Willendorf, exhibited at Naturhistorischen Museum, Vienna, is estimated to have been made between about 28,000 and 25,000 BCE. It was found in 1908 by a workman, during excavations at a Paleolithic site near Willendorf. Belonging to an ancient past and having exaggerated female forms have established the ‘Venus’ of Willendorf as an icon of Prehistoric Art. Venus of Willendorf is an erotic figure according to her pose and the way she presents her body: her head is bowed down, her arms rest on her breasts, and her legs slightly touching each other on the knees complete her charming pose. The emphatic treatment of the vulva’s labia and the prominent, slightly protruding pubic area also emphasize the erotic posture of this statuette. The purpose of the carving was the subject of much speculation. Through the male dominated history writing it was said that this figure was associated with fertility and childbearing. From a patriarchal point of view, being both nude and woman, this figure fitted perfectly into the patriarchal construction of the history of art: the woman with this shape at a prehistoric age must have been associated with motherhood and fertility. But this should also remind us that being a woman is not all about motherhood or giving birth. This beautifully shaped female figure is a great example of the attractiveness and beauty of women in all forms and eras. The Venus of Willendorf is posing from the matriarchal ages with her persona, fully aware of her attractiveness and showing us the pleasure of being a woman.”