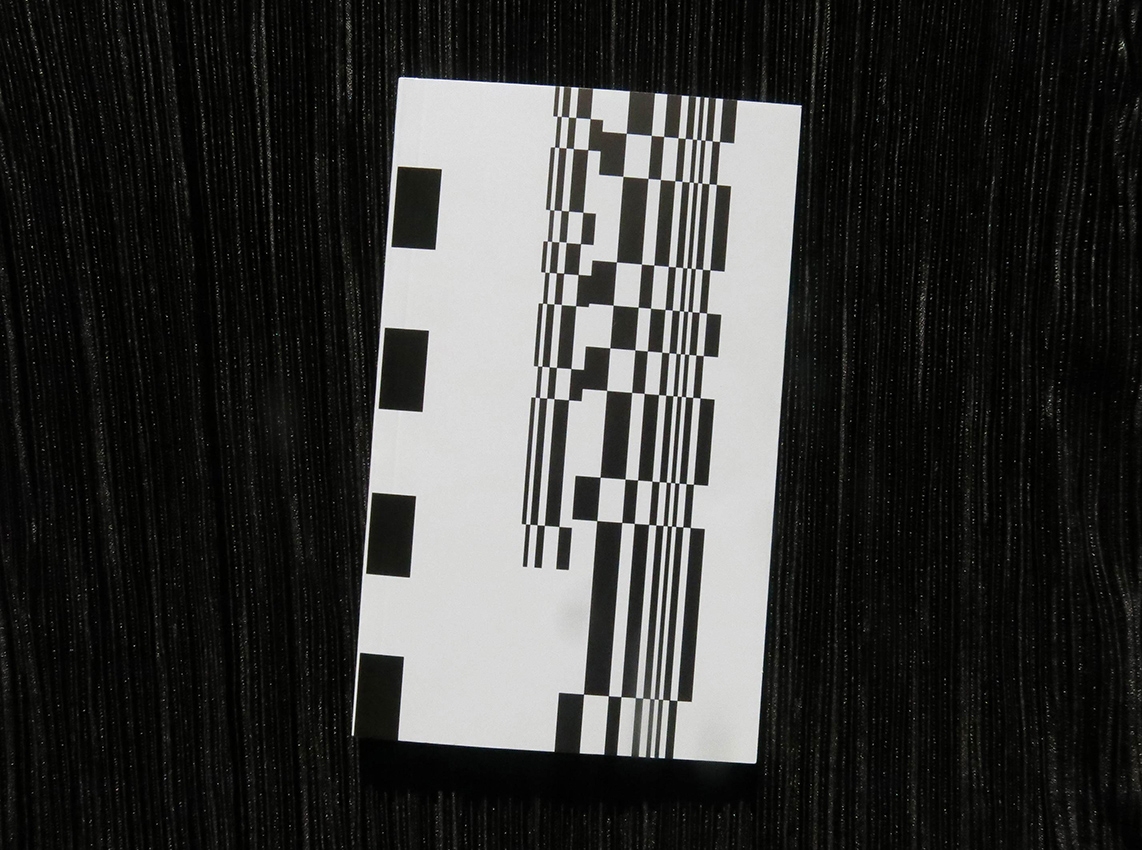 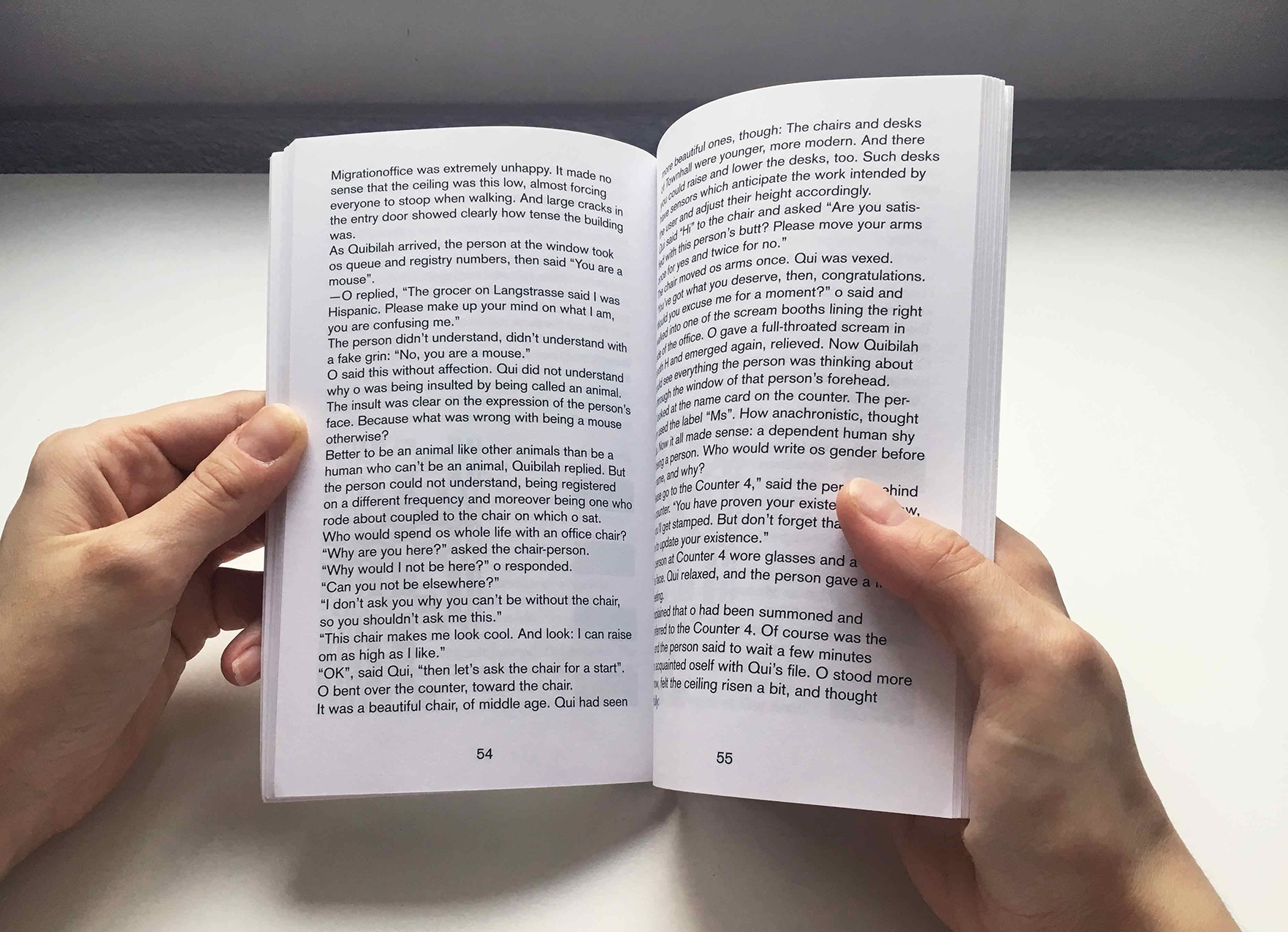 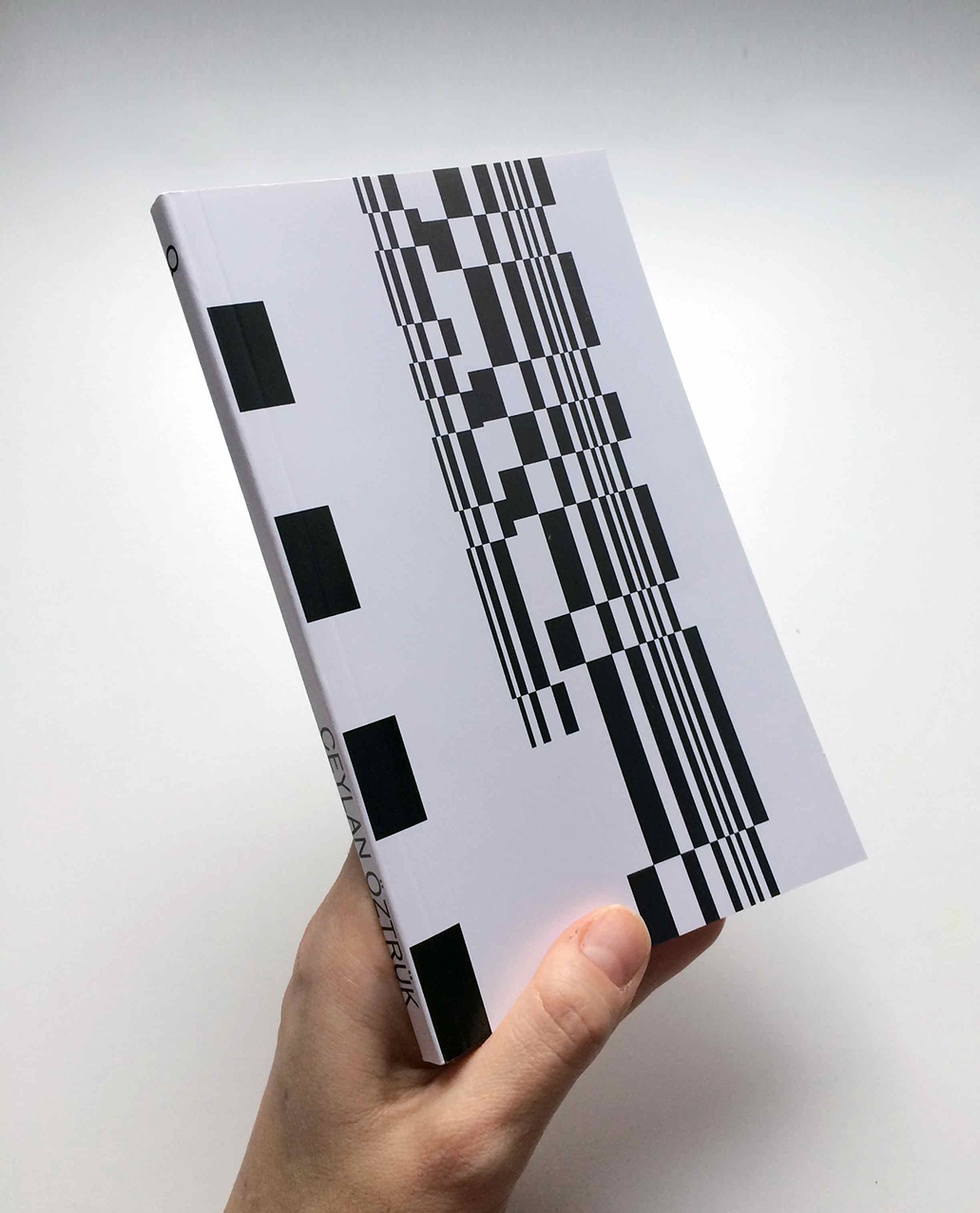 Q, is a speculative fiction story that is constituted of a feminist linguistic manifesto. The story takes place in Zürich in a different possibility, telling a story of migration and the interaction between the character, Quibilah, and administrative buildings. It is narrated in magic realism genre. The book consists 3 languages of the story: German, English and Turkish.

The interaction between these three languages in the book is, the third singular gender in German (er/sie/es) and English (he/she/it) are eliminated and genderless third singular (o) is imitated from Turkish. To be able to integrate this genderless linguistic, various pronouns were invented such as, om, os, oself.

See the installation view of the book in Q in Helmhaus link.

The story, Q, is attached to Helmhaus as a place of ‘showing’ and the showings of the church (Wasserkirsche) and art space (Helmhaus) are compared. The installation in Helmhaus was built for the show, “An Exhibition for You” and is attached to the story. It takes several anecdotes and facts from the story also by copying the Wasserkirsche Church’s windows with a different story against heteronormative on Helmhaus’ windows.