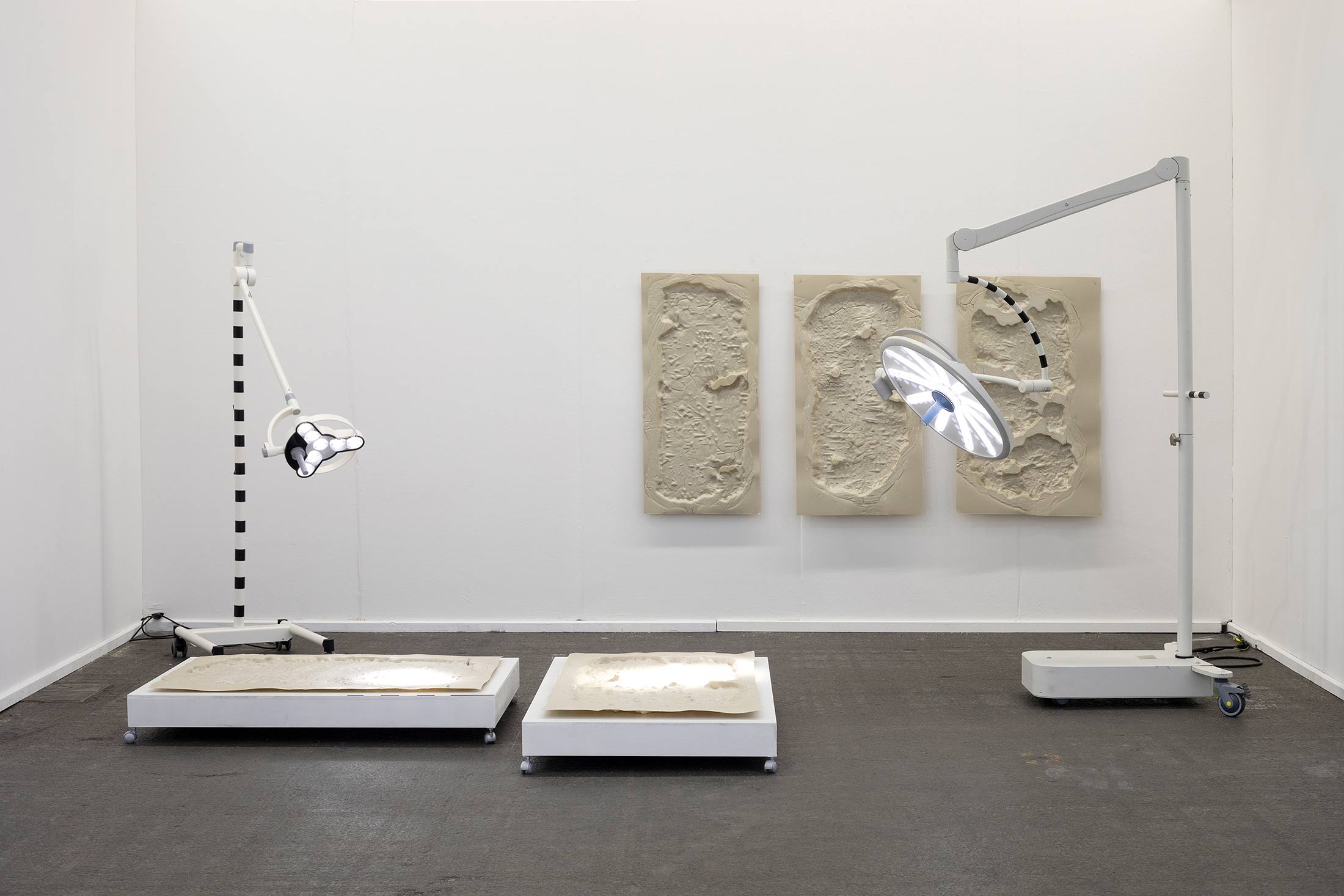 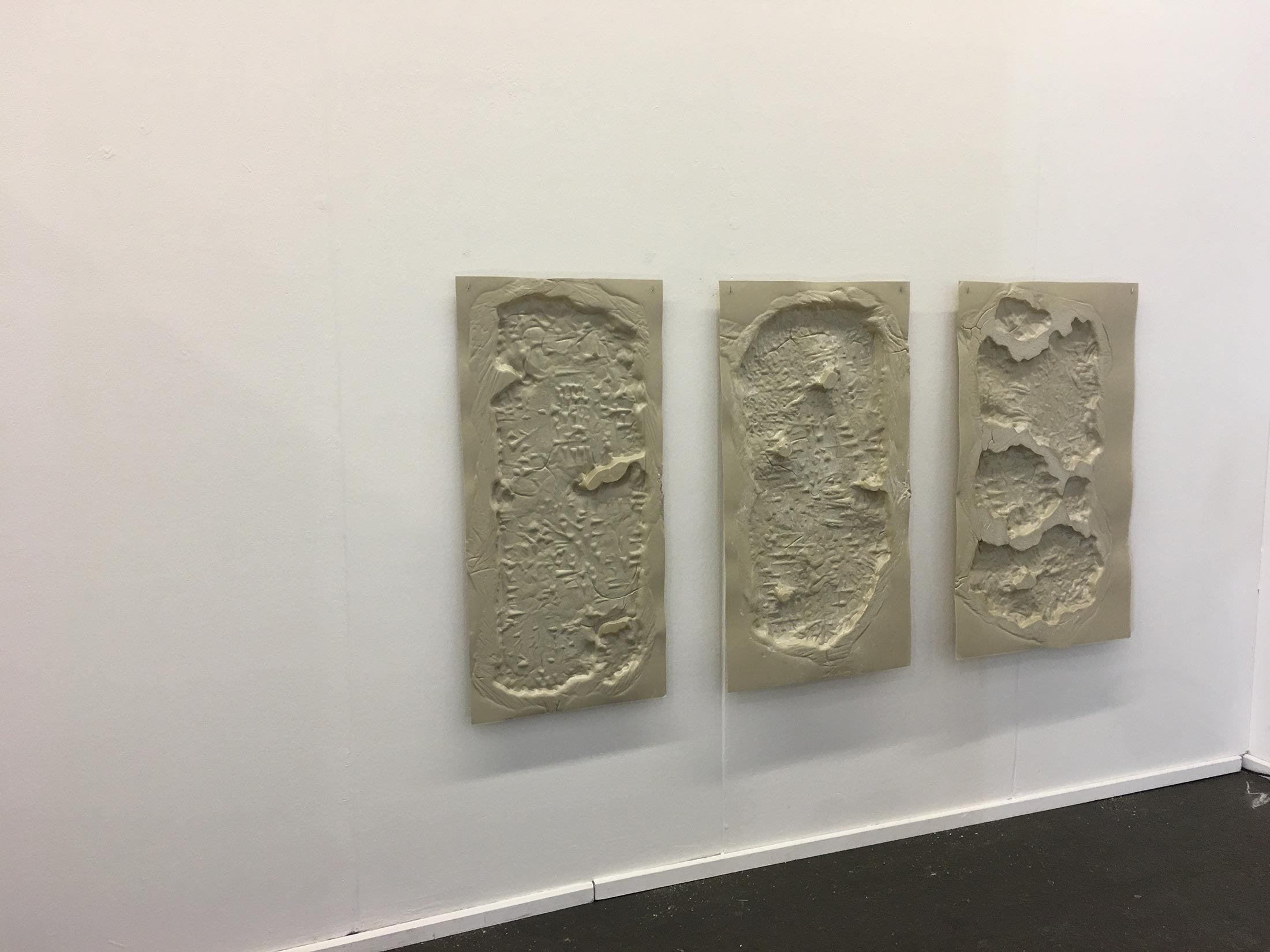 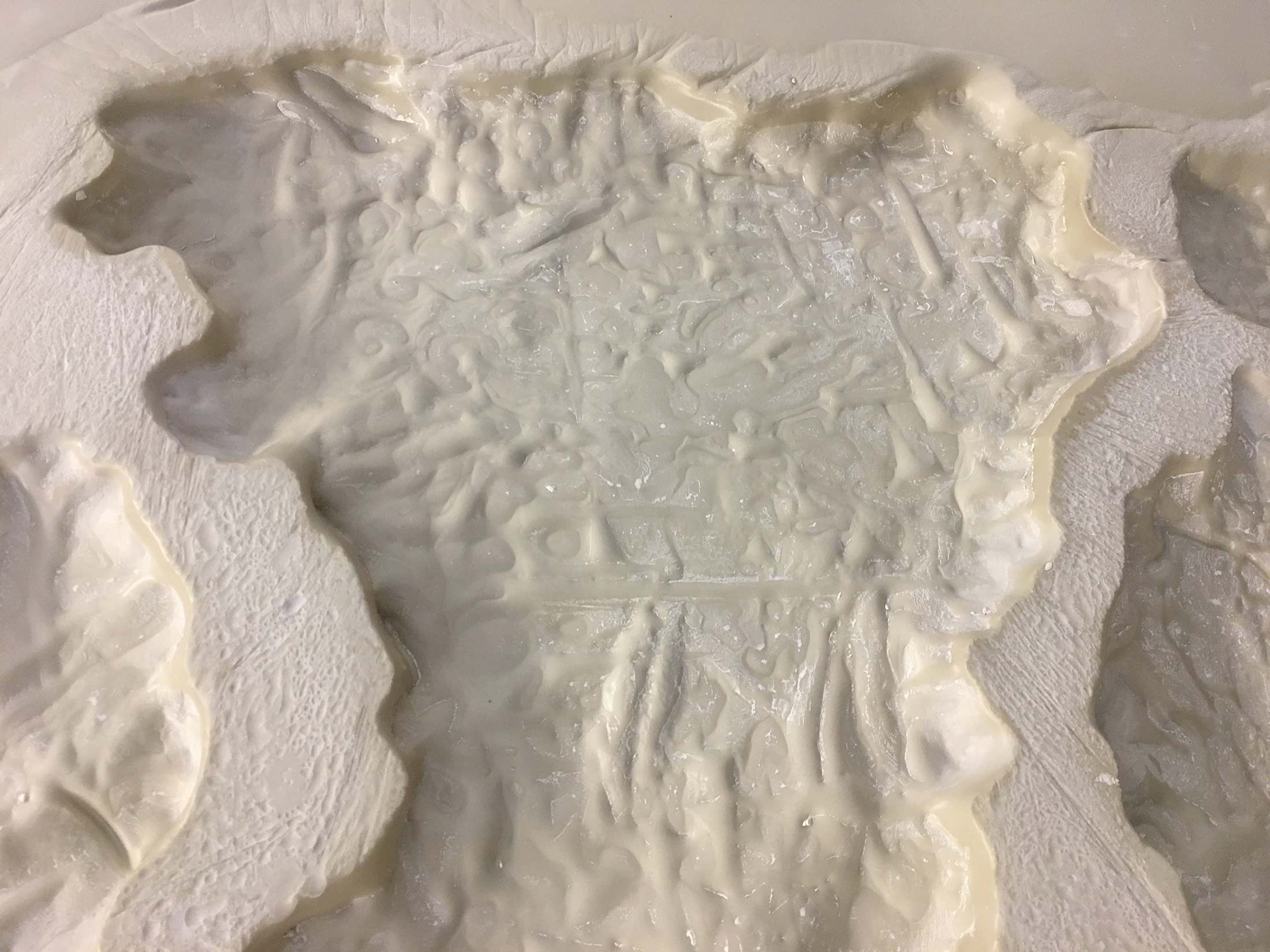 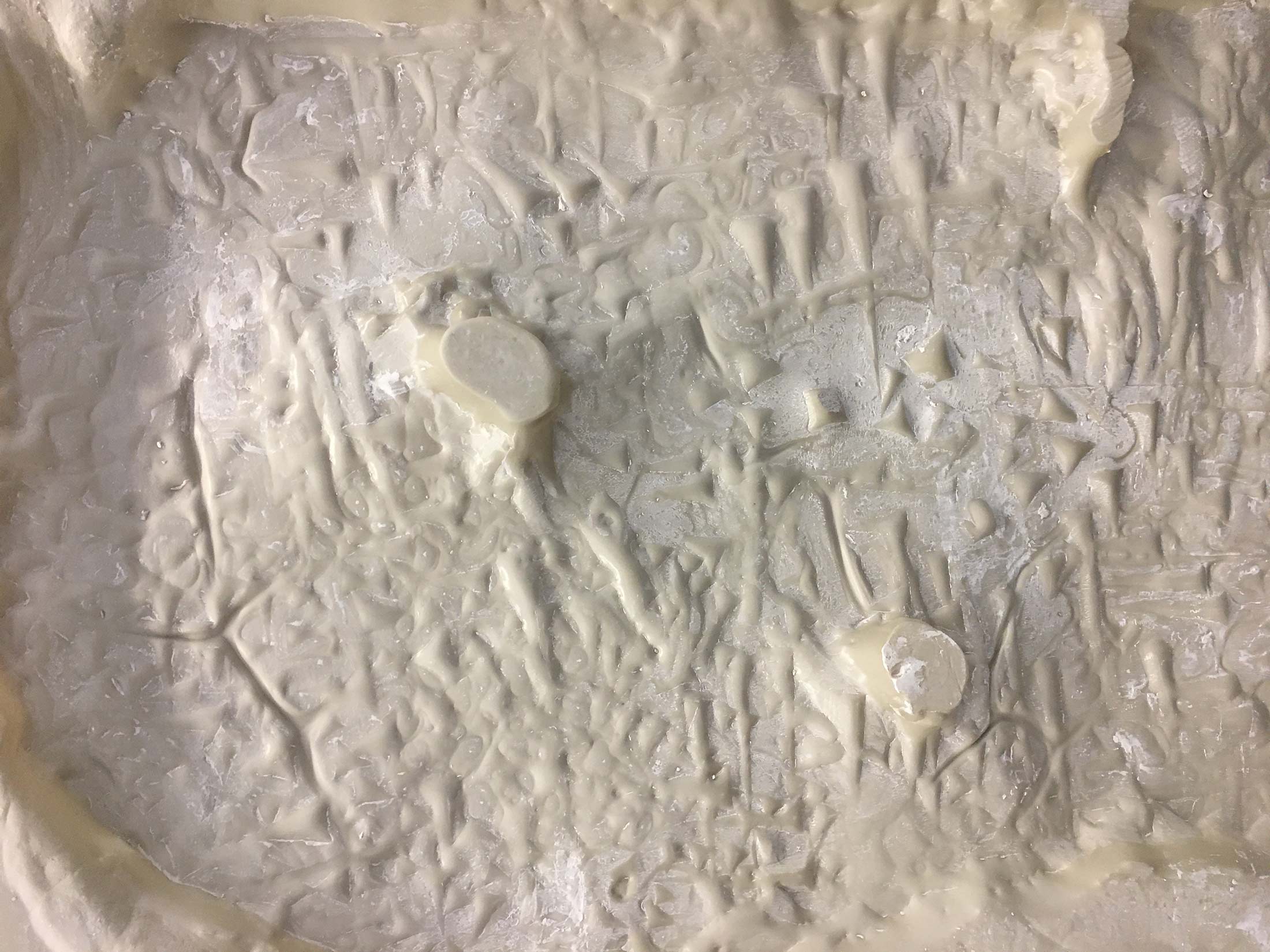 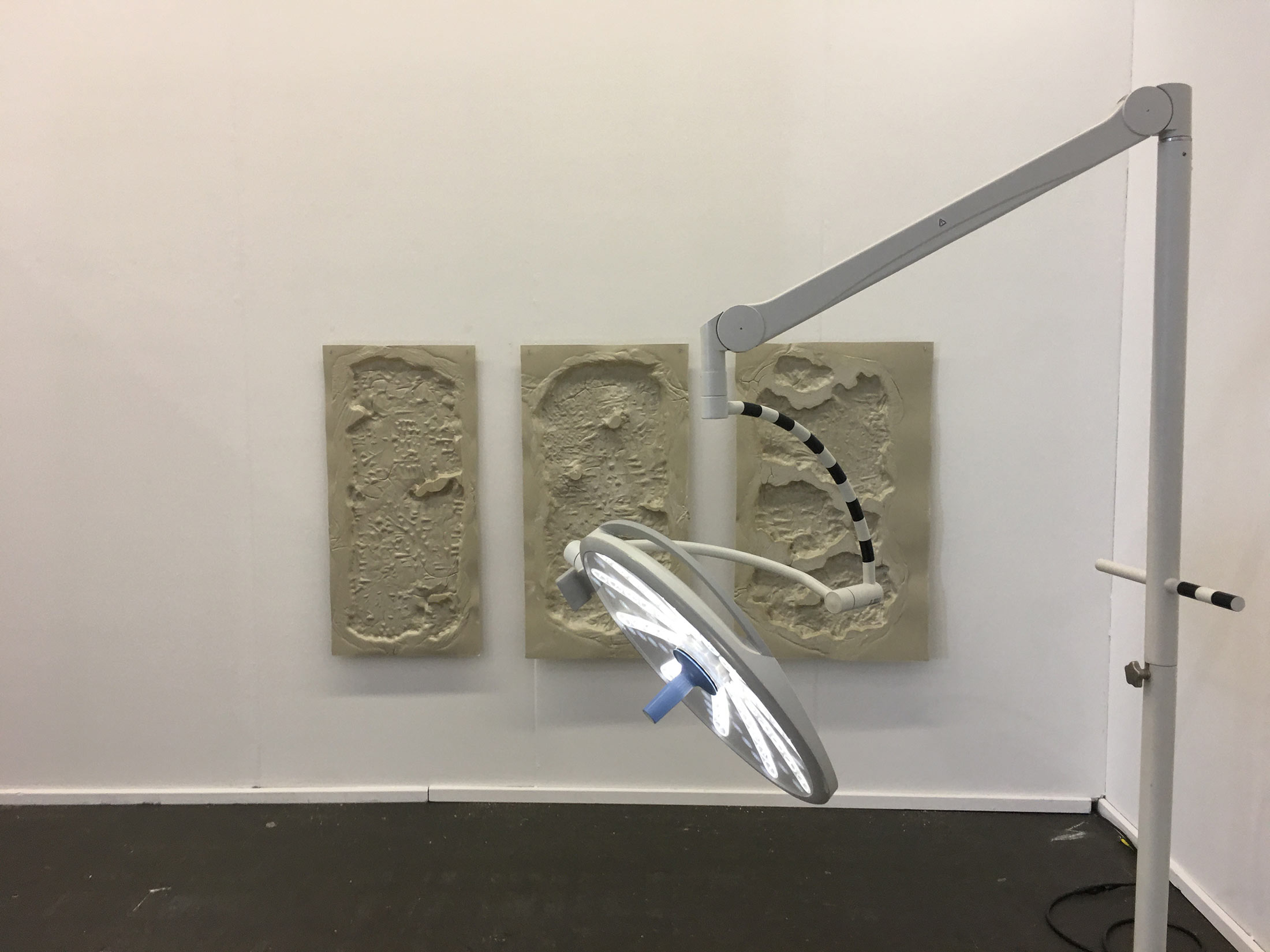 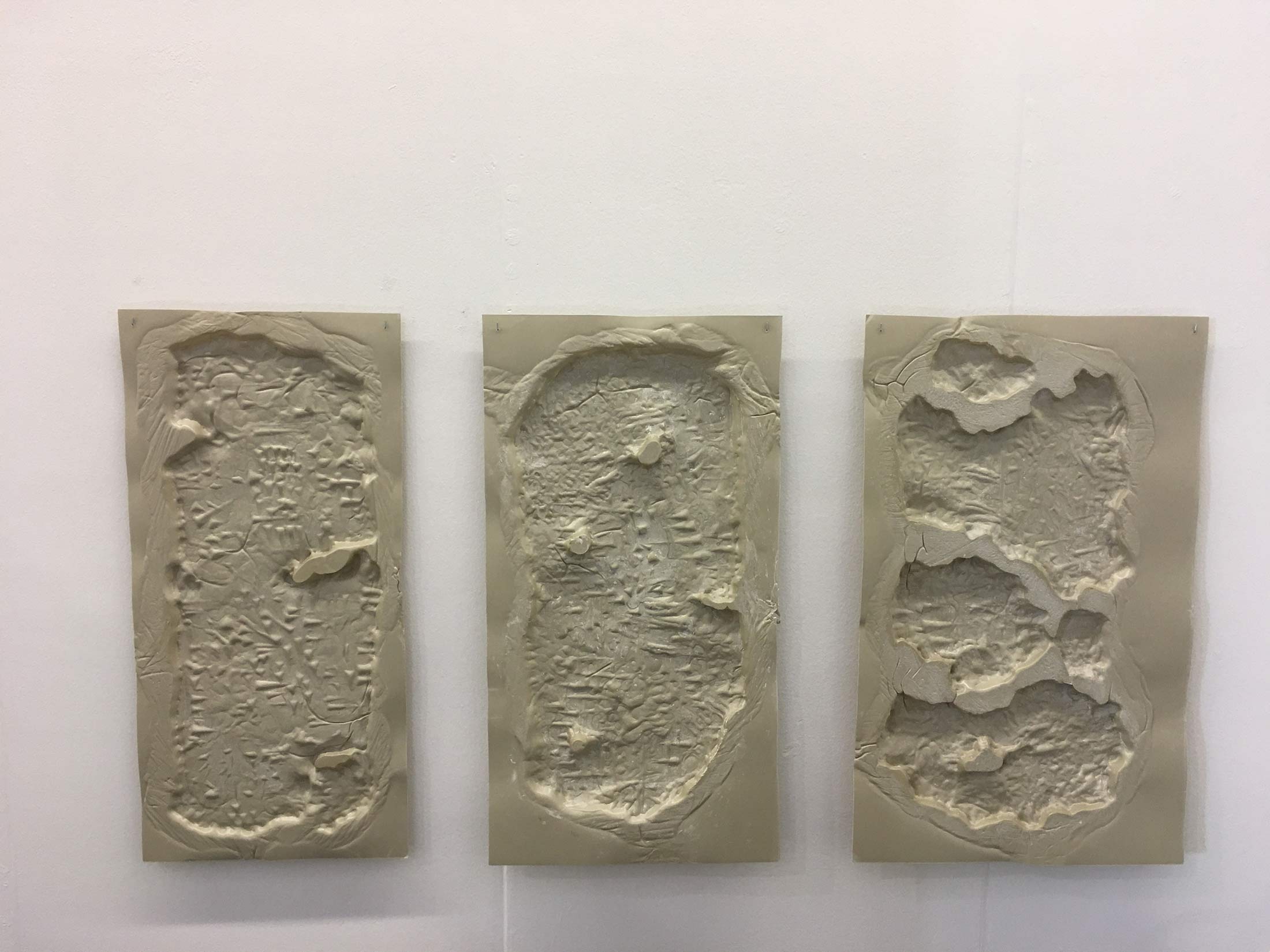 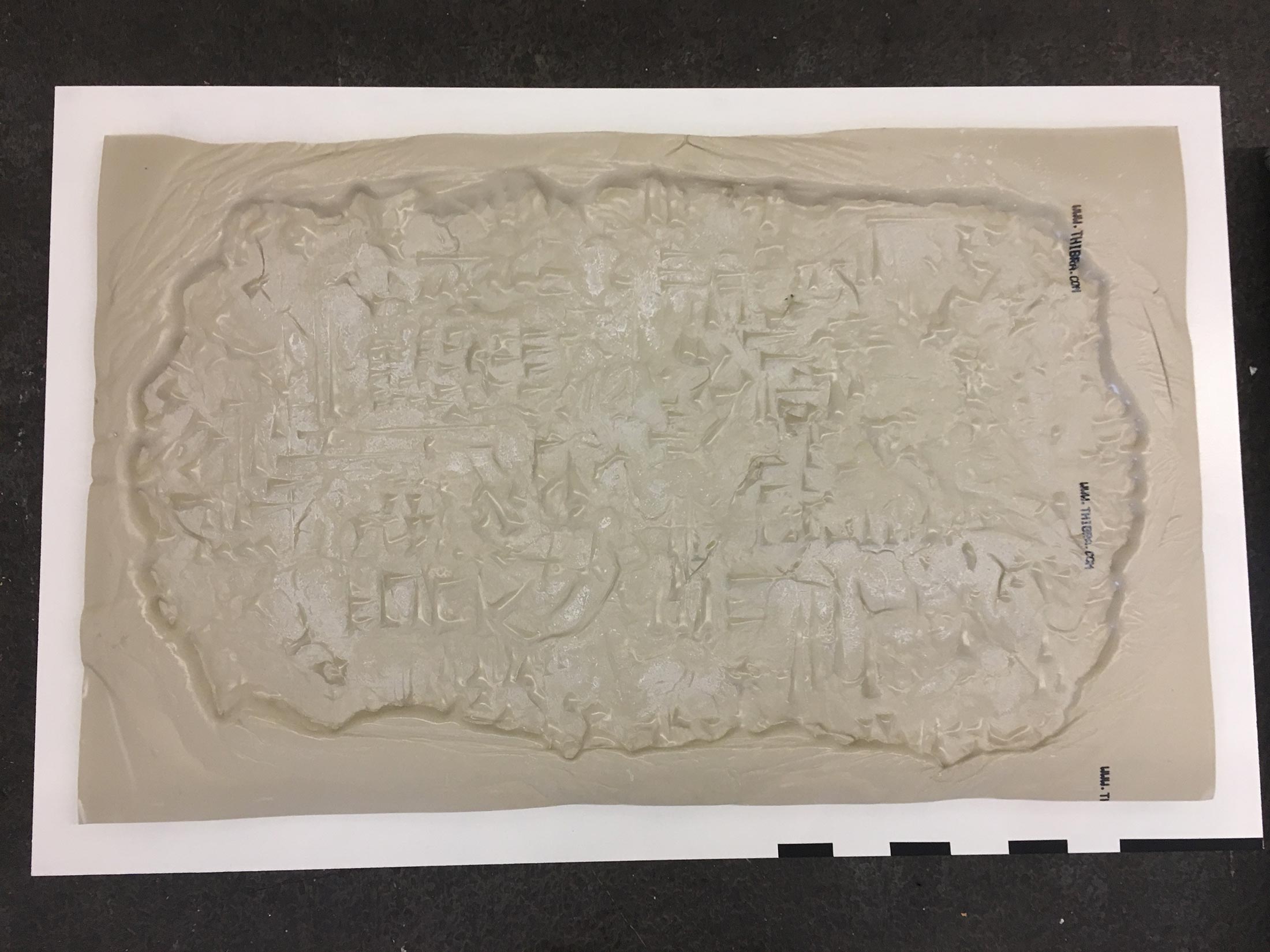 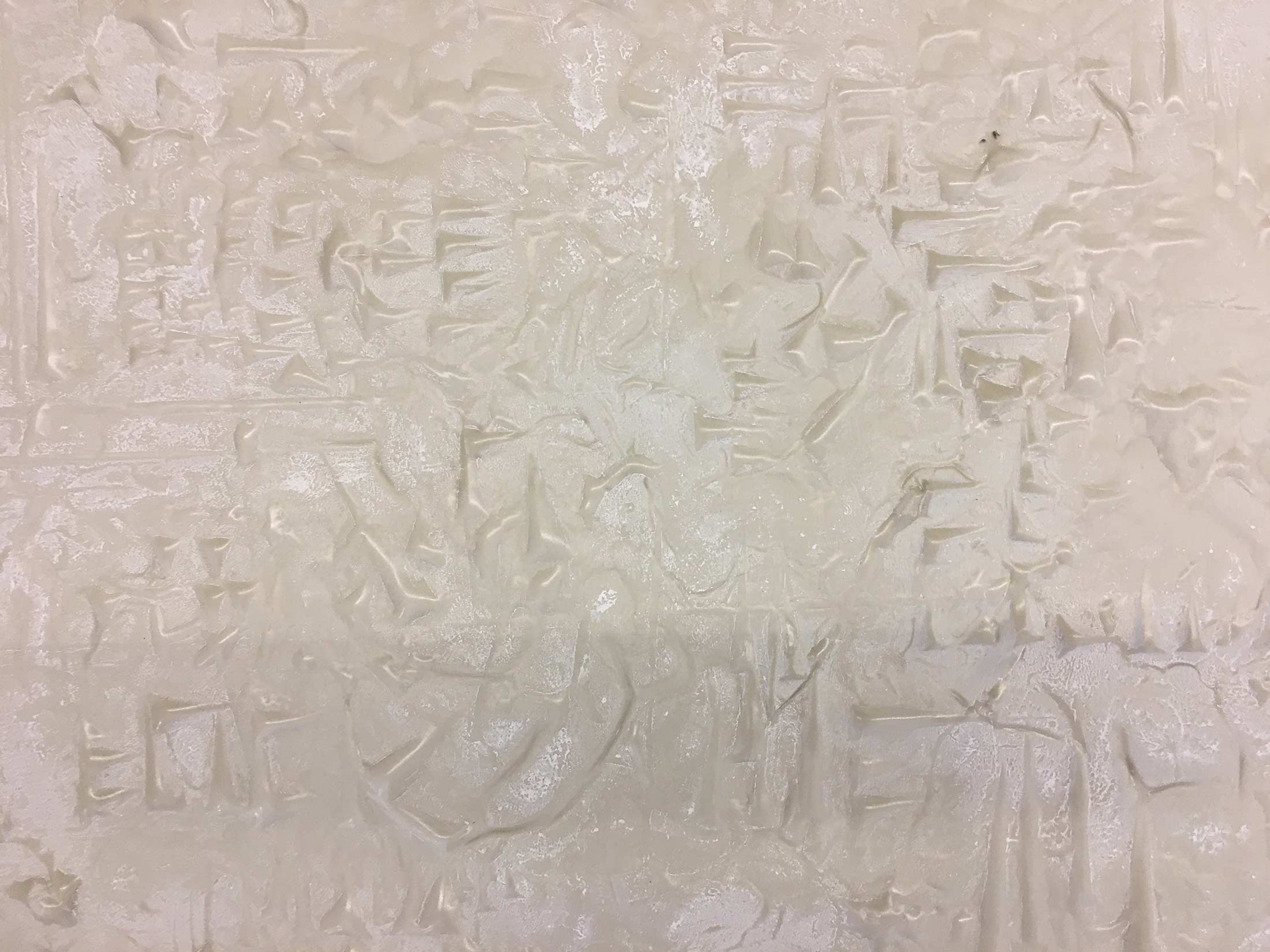 In her installation, Ceylan Öztrük combines a body of archaeological data with medical tools. The body of the data and its surgery lighting turn out into a new aesthetical narration. In this, she combines the artefacts, the visualities of varieties and unfamiliarity of these views in a scenery vision. The connection between the sculptures and the surgical lights came through a process of thinking on the notion of death in the existentialism.

An extinct/dead language finds function and life in its pattern-like form and skin-like display. The archaeological artefacts as objects continue in a different time, the function of the extinct language becomes a visual form, an object to display with another, visual language. The negative mold-form of an Akkadian tablet, has positive of cuneiform language marks on.

This image and once functional objects, turn into another purpose in a space for art, and in artistic display. The purpose of data excavation unites with human surgical approach, history becomes a body to be observed and to be operated for an Artefectomy procedure. The apparent vertical / horizontal positions in this scene supports an imagination of statuses of examination and statement. A surgery and archaeological excavation find similarities on cutting up a body and digging out earth.

The transitivity and the expecting of urgency also show itself in the mobile pedestals, as well as the surgical lights that also turn into archaeological meter scales.
In the end, these connections and narration are the artist’s approach on digesting her own surgical experiences she went through. By placing artefacts – relating to them – in a system where the human body is also an object, on others’ hands.